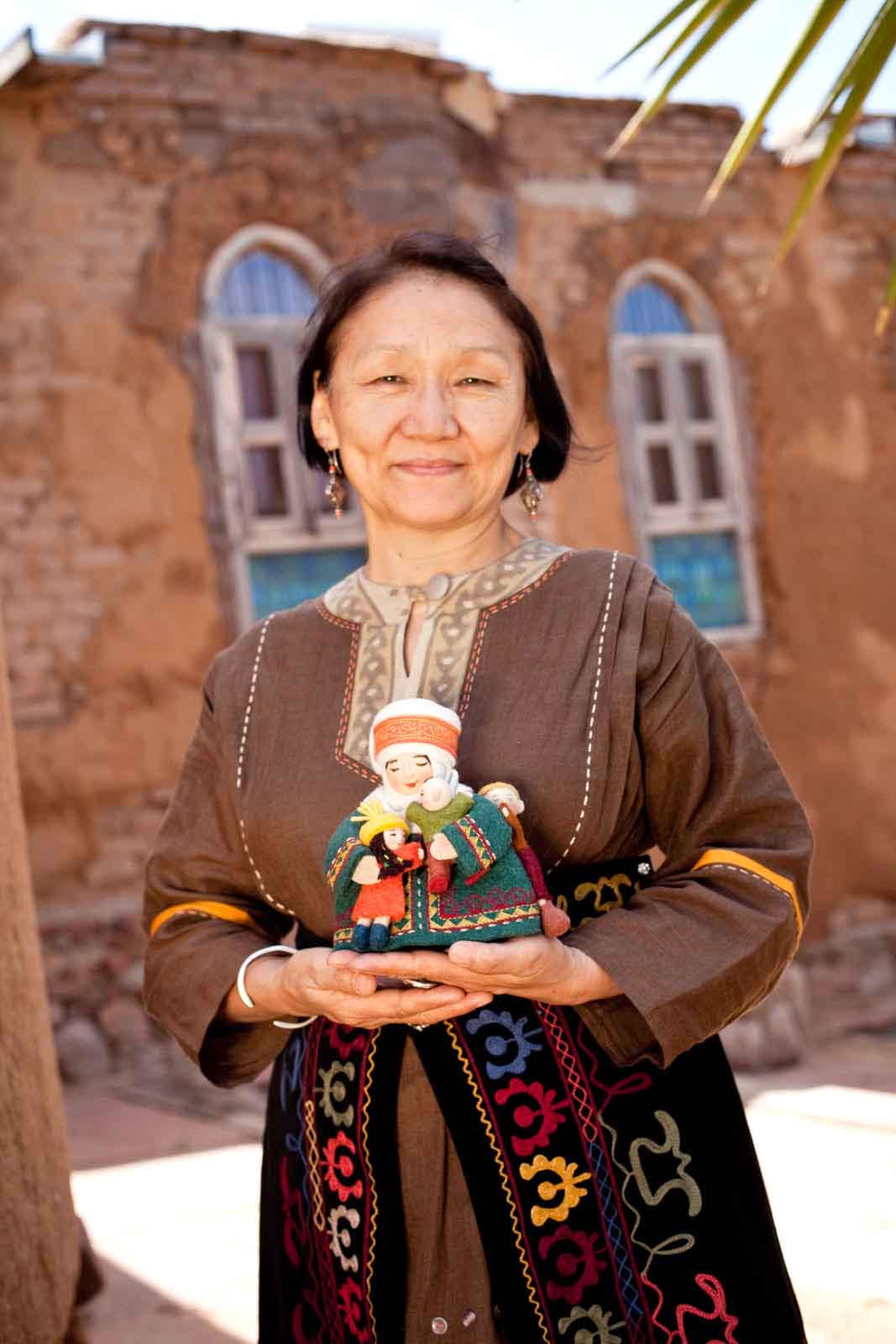 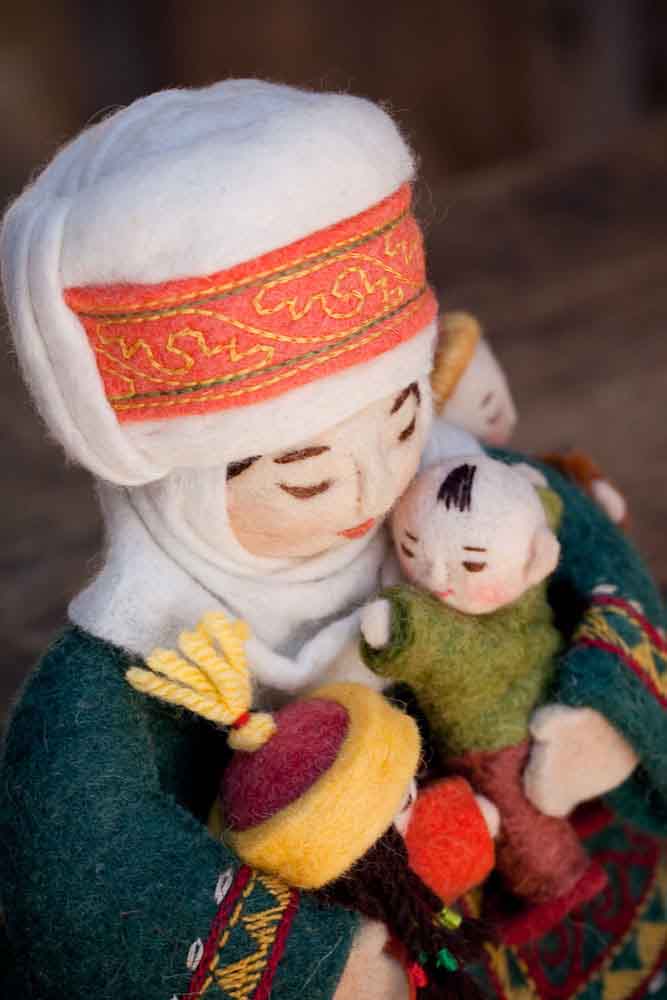 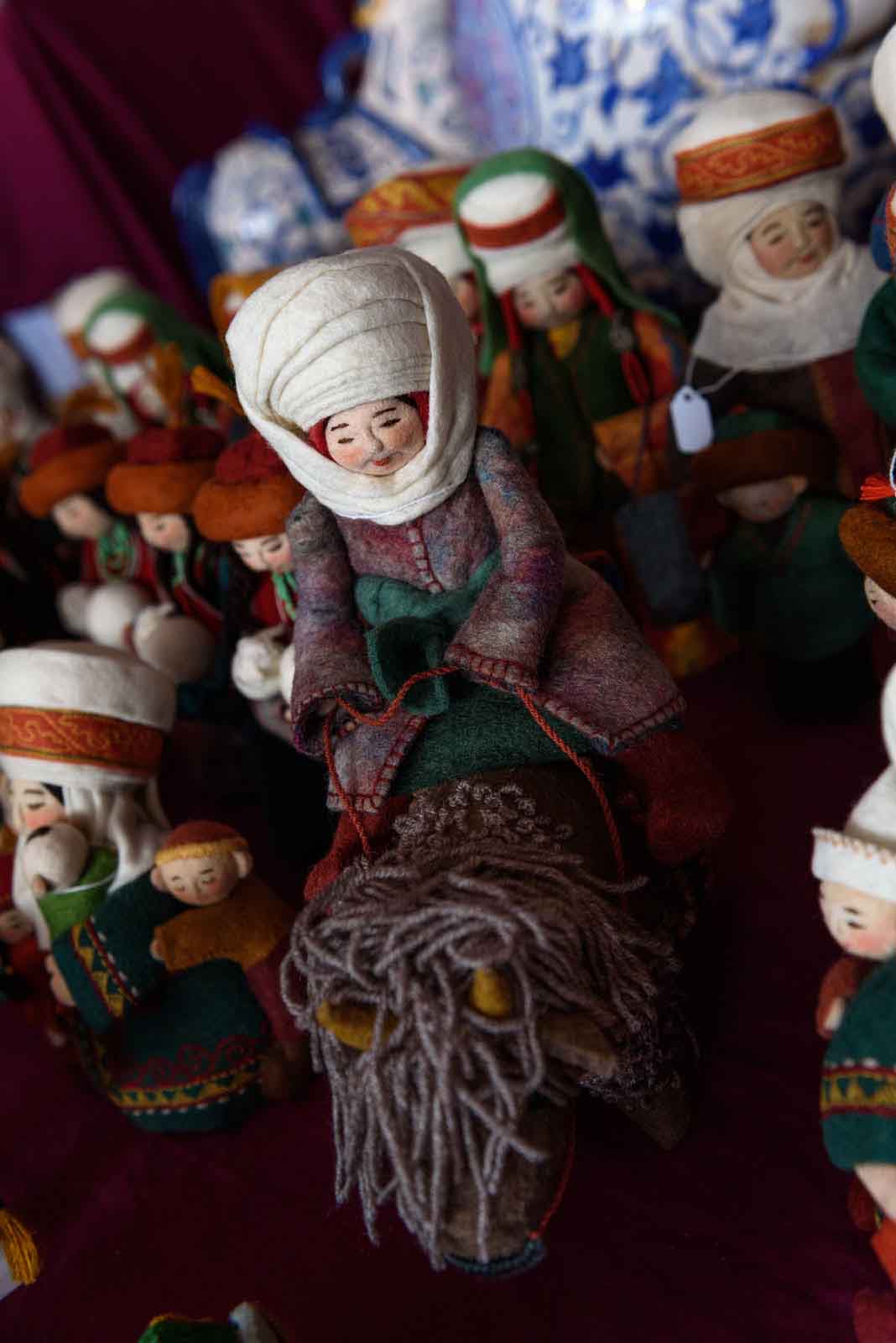 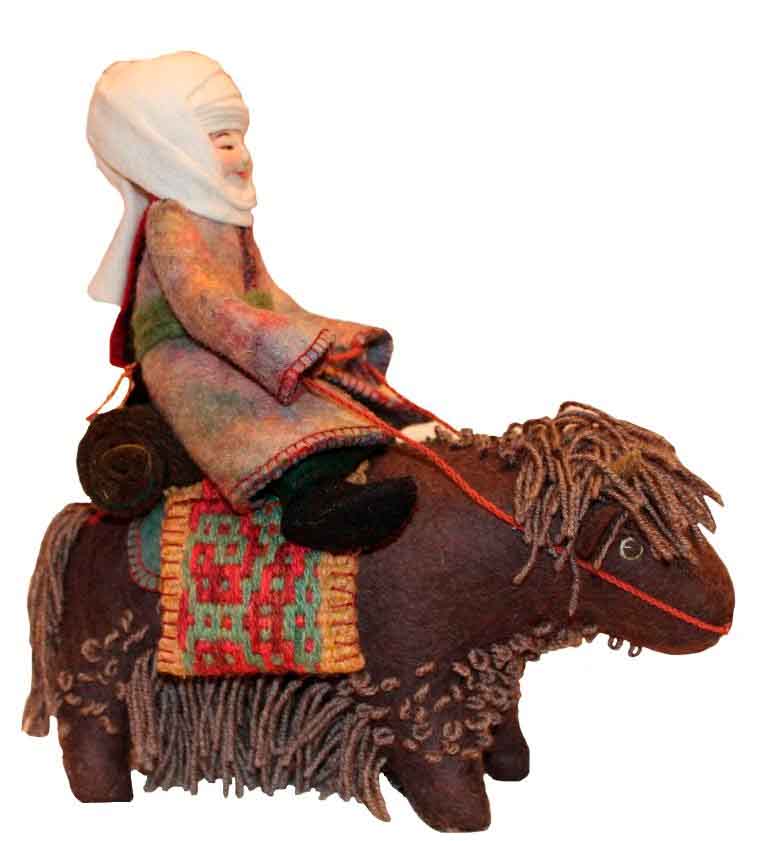 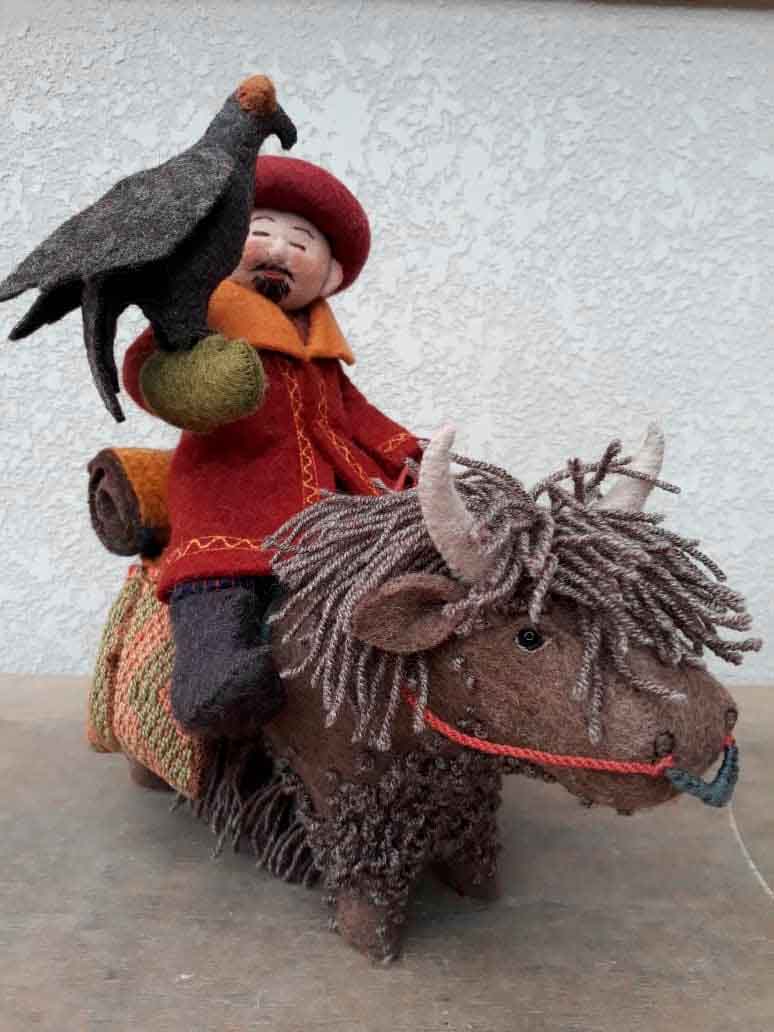 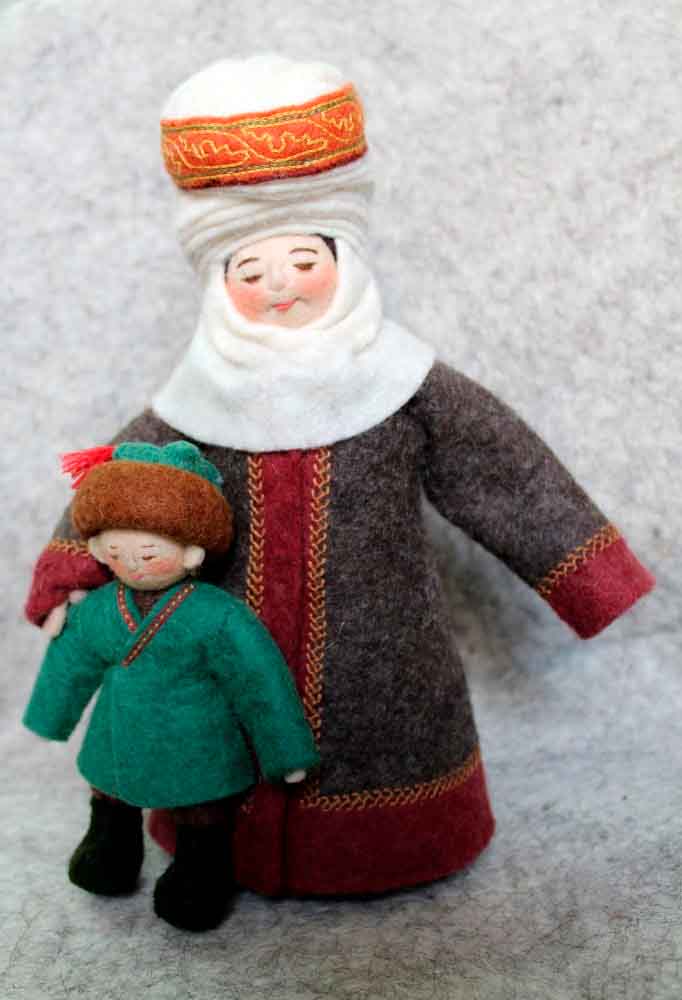 With just under a million residents, Bishkek is the largest city in Kyrgyzstan, and is home to textile artist Erkebu Djumagulova. Bishkek—and Kyrgyzstan in general—is an area where felted wool goods are traditionally prized for their warmth, softness, and east transport. Long, harsh winters have made staying warm a priority here, especially for traditionally nomadic peoples who spend large parts of the day outside herding sheep, for instance. But Djumagulova is not known for creating shawls and blankets and yurt panels. Instead, her creative talents produce some of the most tender and heartfelt types of folk art imaginable: beautifully and traditionally costumed dolls, often protectively cuddling babies in their arms.

The details are astounding, from the loving smiles on the women to the rosy cheeks of the children. Even the coats feature embroidered designs and tiny stitched-on coin adornments. For many centuries Kyrgyz people led a nomadic way of life. Plenty of wool, of course, was available to these skilled herd masters, and everyday needs of warmth and comfort in the conditions of severe nomadic life quickly led to the creation of felt craft. “I work as both an independent artist and a teacher of doll-making,” says Djumagulova. In doing so, she travels around the country, and has lately been encouraged to see that young people have developed a real interest in this culturally significant artform.

Each of these traditional dolls are handmade of sheep wool felt, mostly sourced from nearby breeders, with some merino wool sourced from elsewhere. Djumagulova’s husband assists her in preparing and processing wool felt, which is dyed with organic dyes before it is cut into sections and stitched and decorated—and then ready to go home to a very lucky collector.