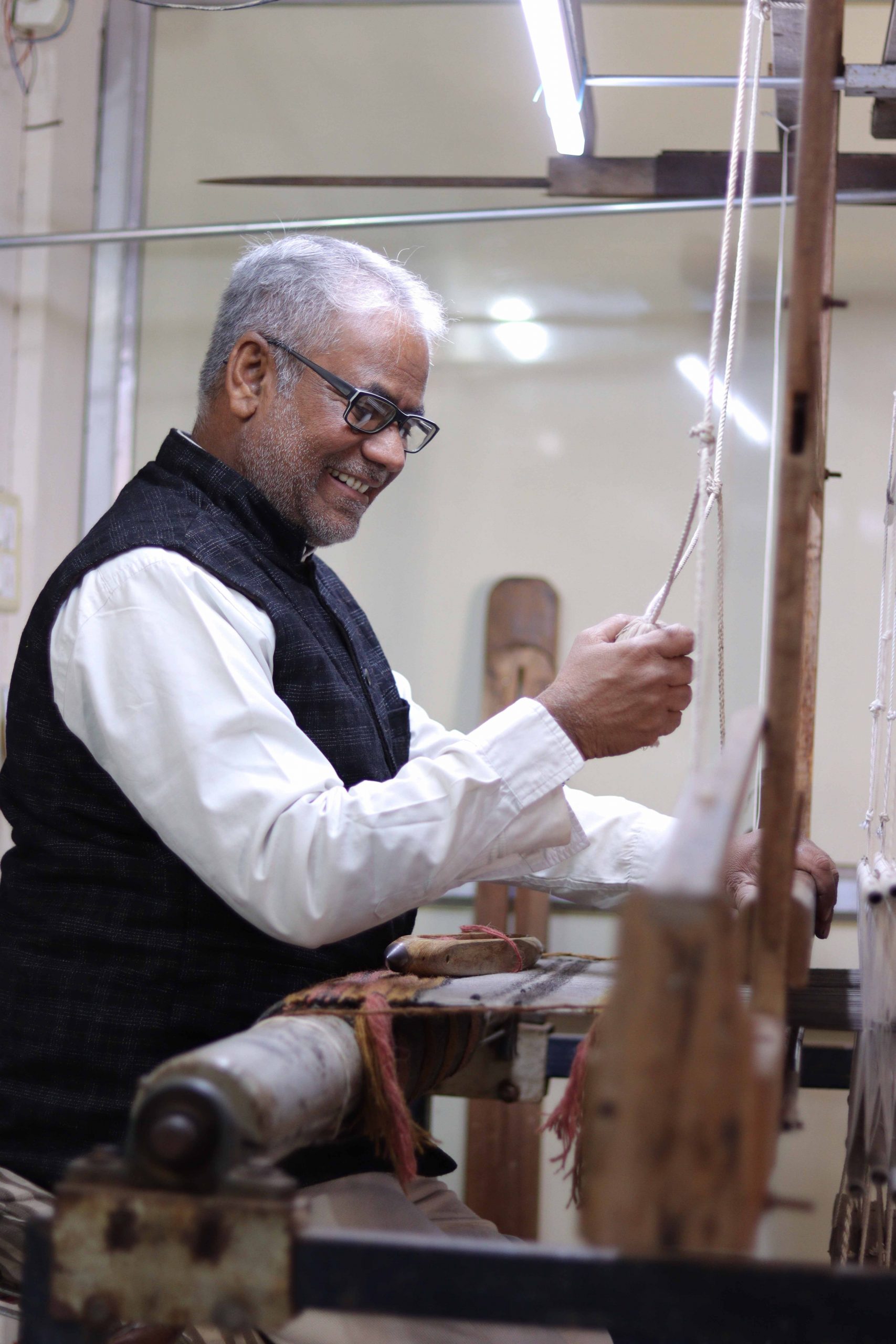 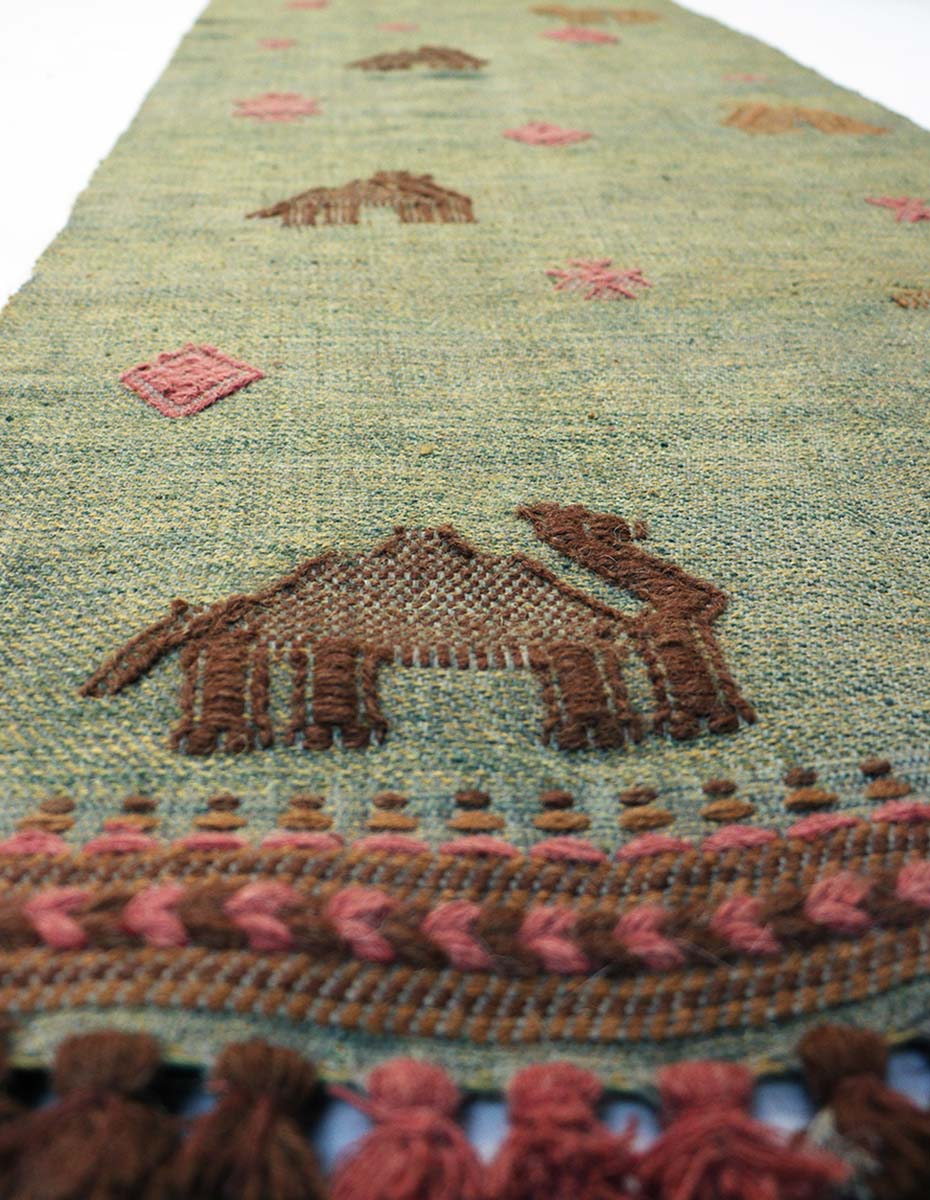 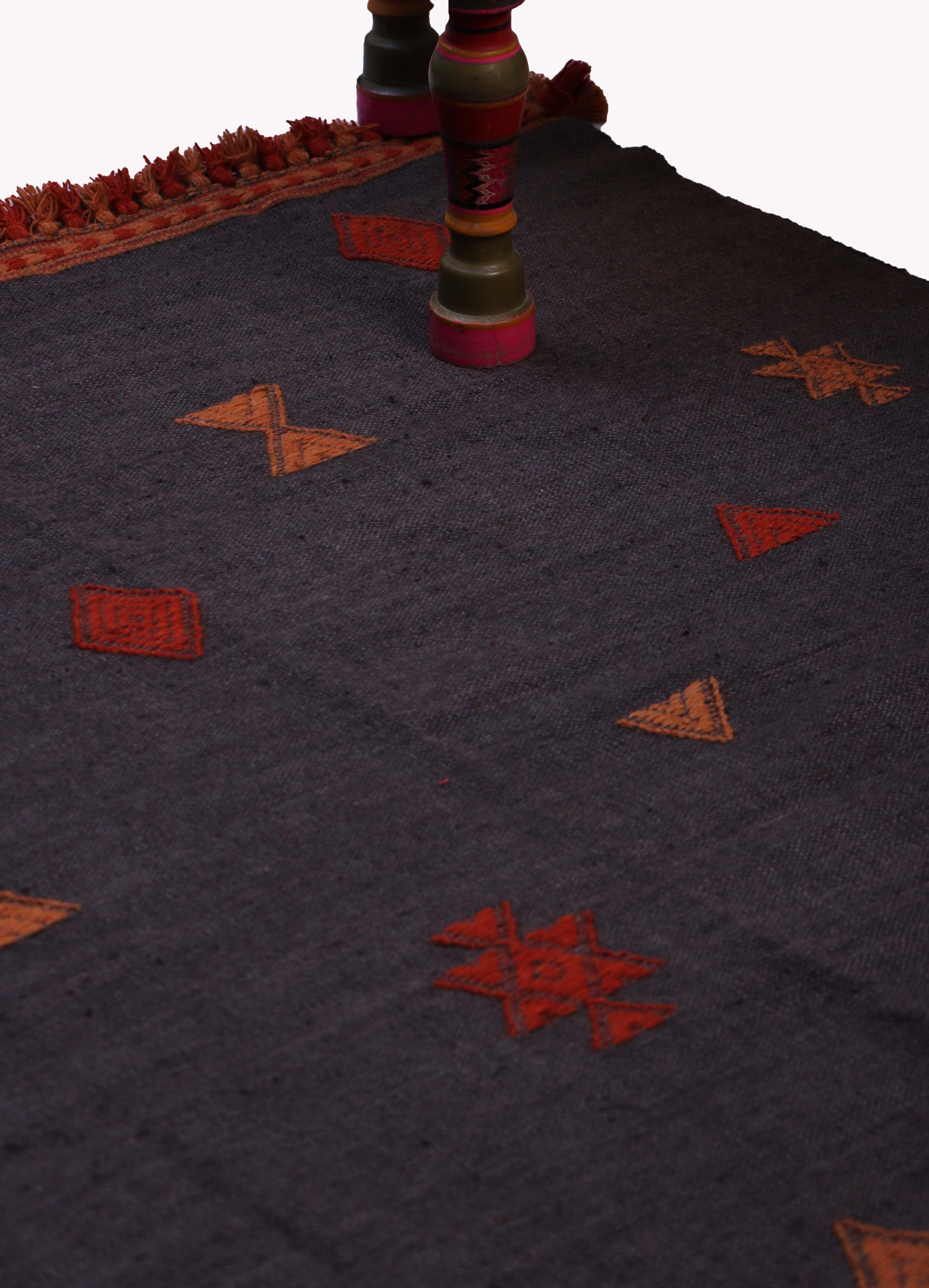 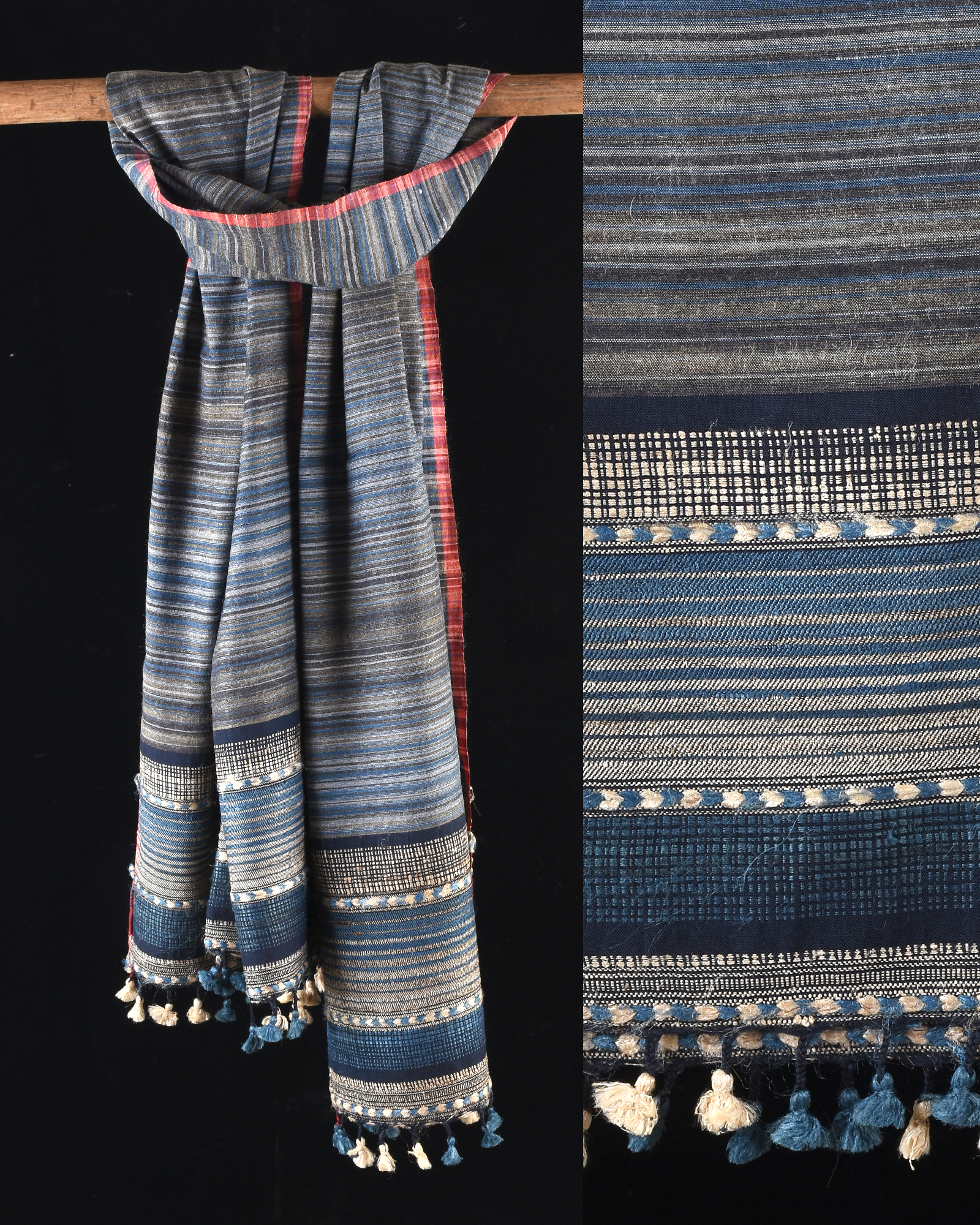 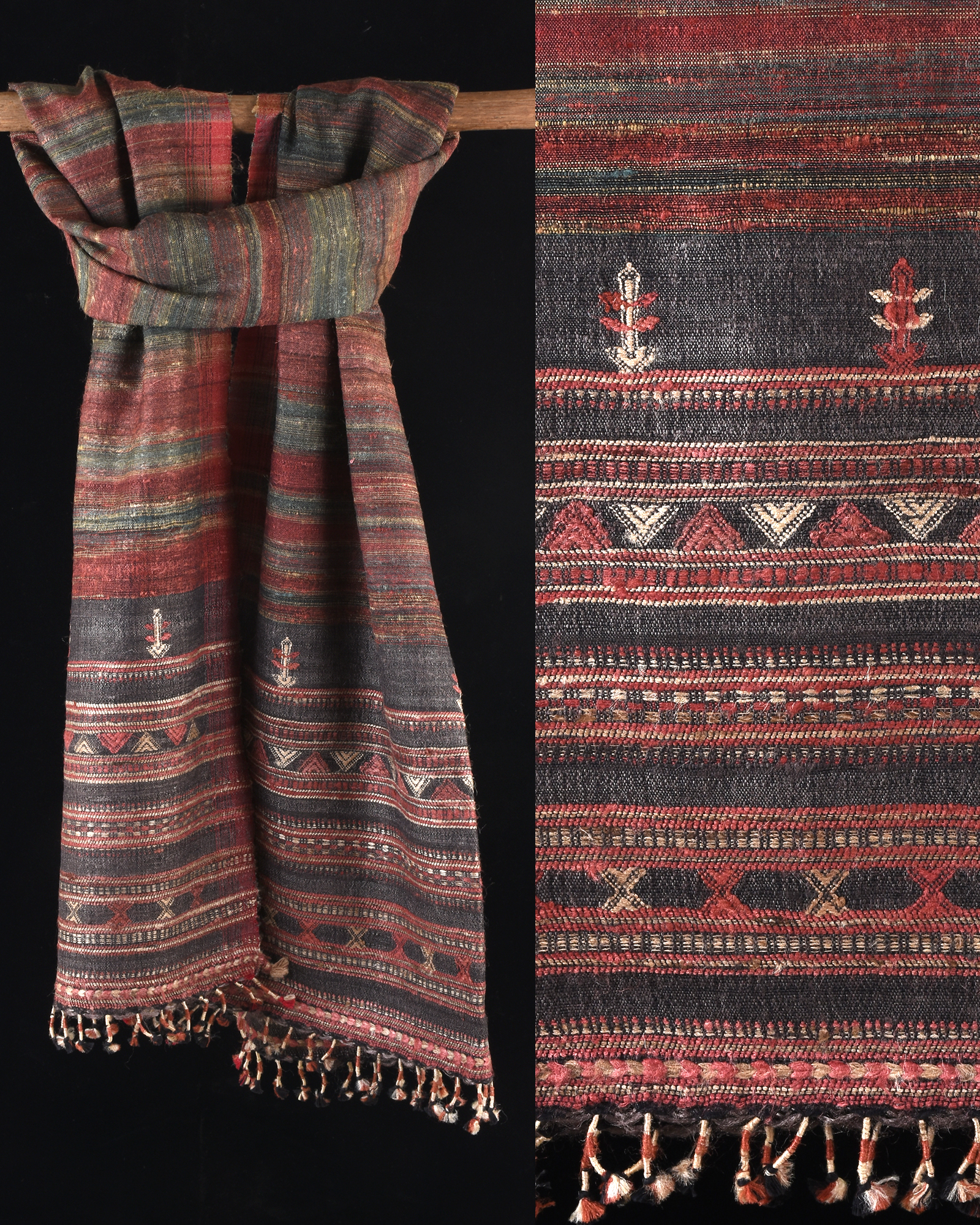 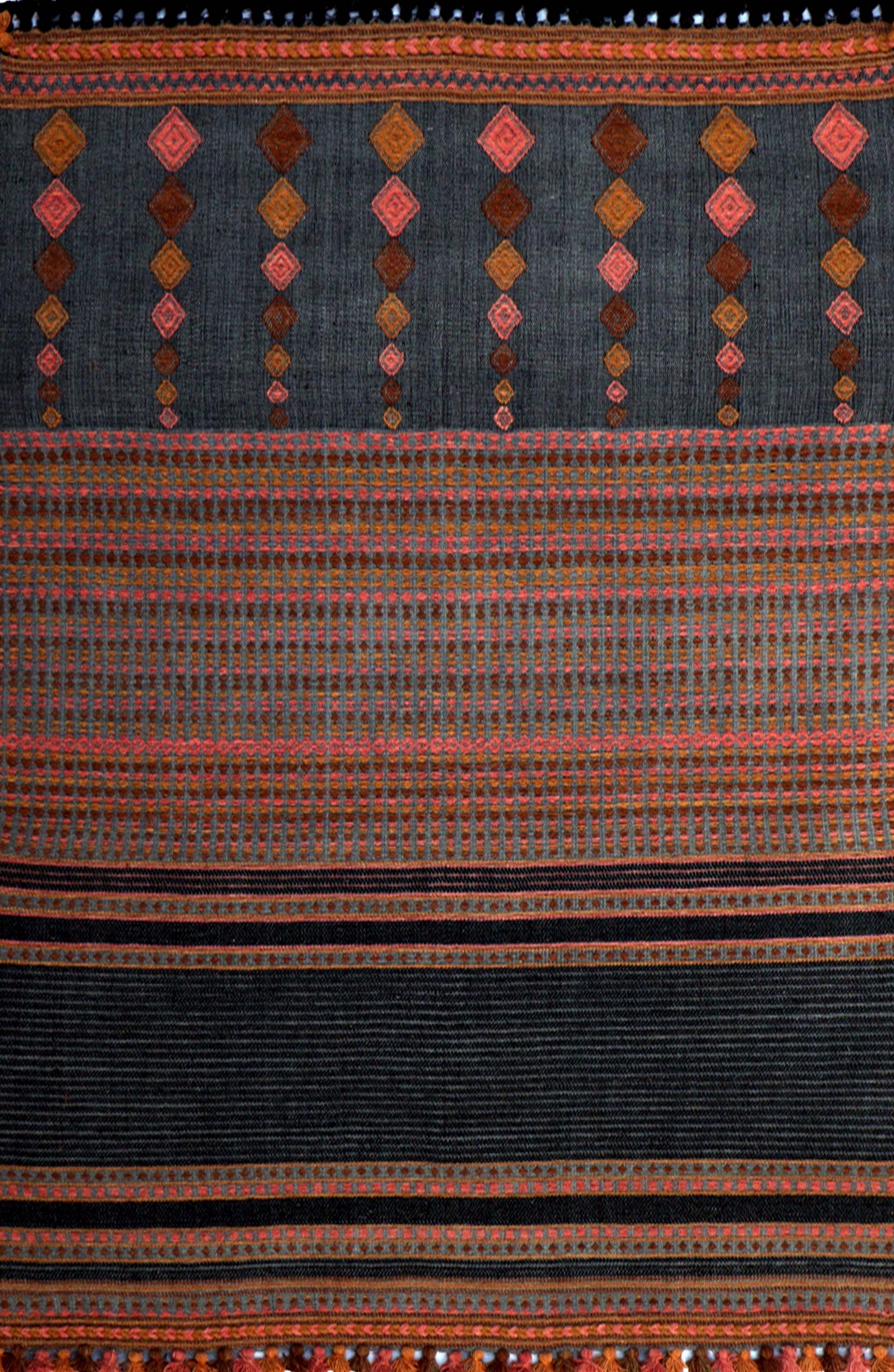 For generations, the province of Gujarat, India has been synonymous with exquisitely soft and uniquely patterned textiles, from scarves and wearable items to home goods like tablecloths and placemats. Nestled within this rich creative history, the workshop of Dahyalal Kudecha is noteworthy:  not only are the items produced here vividly hued, they also contain arresting details, from scarves and stoles of many-stripes and dangling tasseled ends, to elegant wall hangings suitable for the most refined environments.

“I am a traditional Kutch weaver,” says Kudecha. “My father was a salt worker in Khari Rohar. We migrated to Bhujodi, a weaving village, for medical treatment for my father, and when I experienced weaving, I decided to learn it.” The rest is history, because Kudecha’s innate affinity for weaving became immediately apparent. Within a few years, he was making his earning as a professional artisan, and introduced some innovations of his own. Traditionally, for example, women do not weave, but Kudecha’s wife weaves alongside him, and his daughter crafts tassels.

In his youth, Kudecha recalls being asked by his art teacher to sketch a leaf; years later, that simple assignment became a design inspiration. “This was a great breakthrough for me,” recalls Kudecha, “I realized that we can challenge perceived limitations in weaving.” To accomplish new design ideas, Kudecha started braiding directly onto his loom—traditionally only used as a finishing technique—and applied it as a design element. “I am happy to earn my living as an artist,” says Kudecha, “and I feel pride that I have been able to share my art with the world.” I dye the yarns myself, usually with natural dyes.”