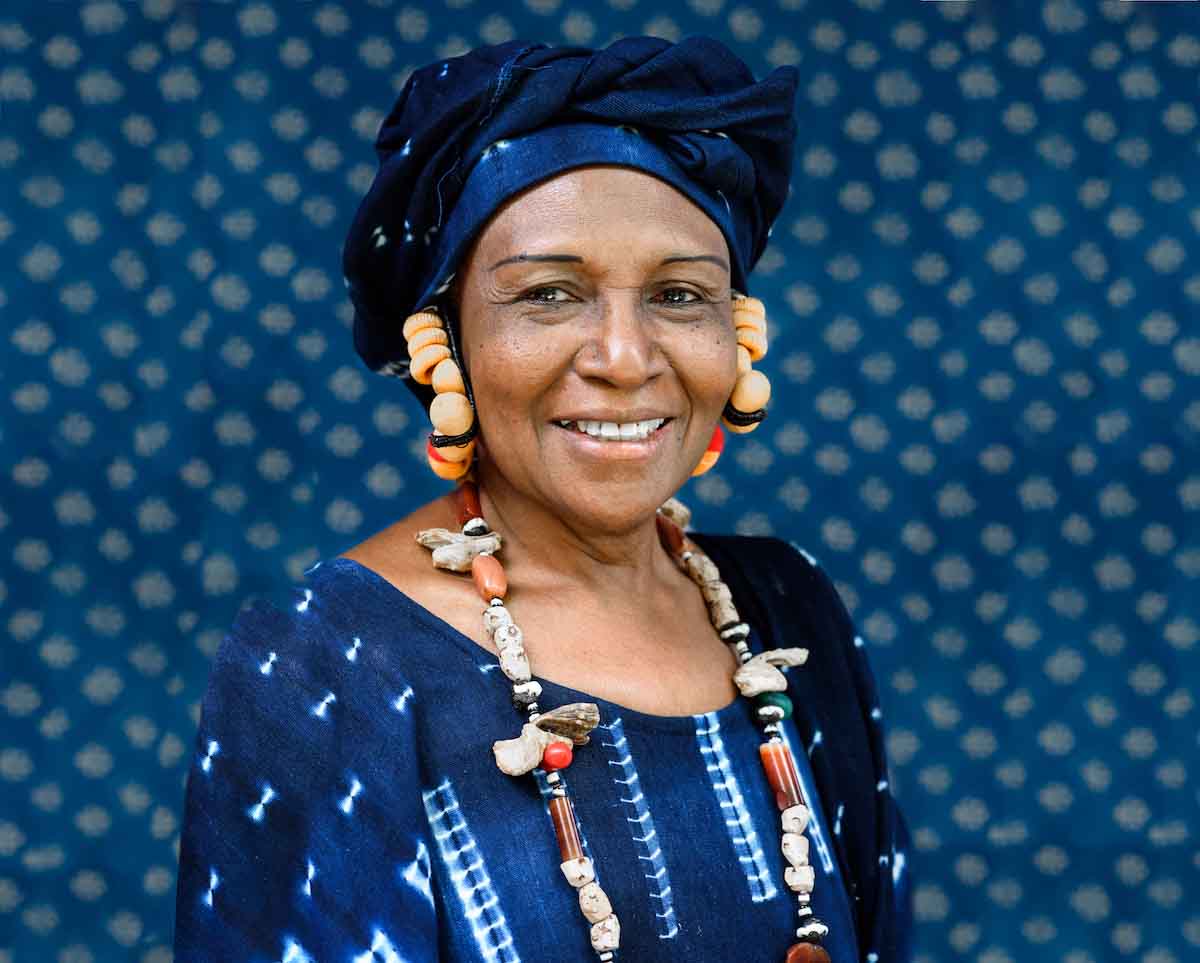 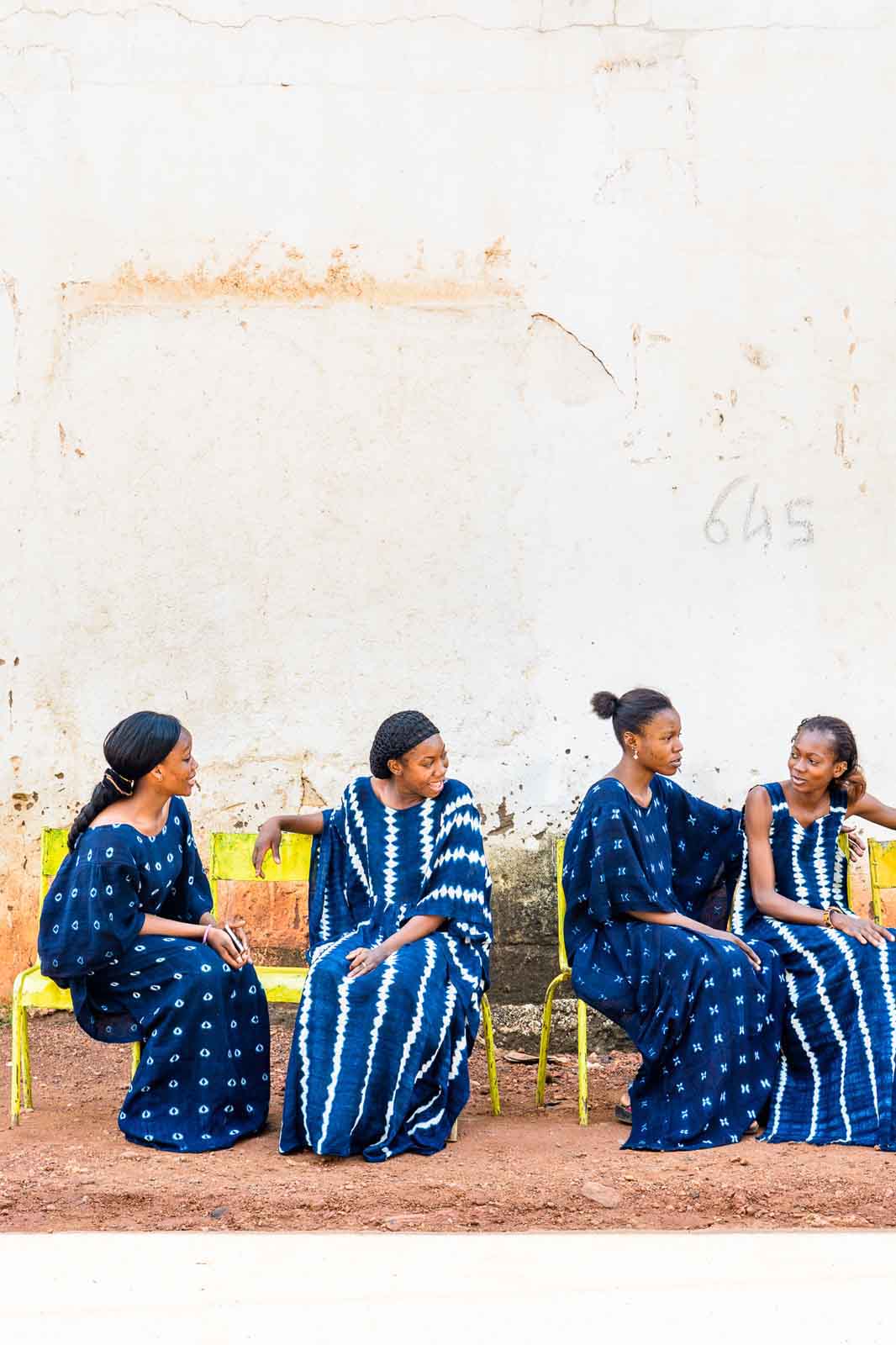 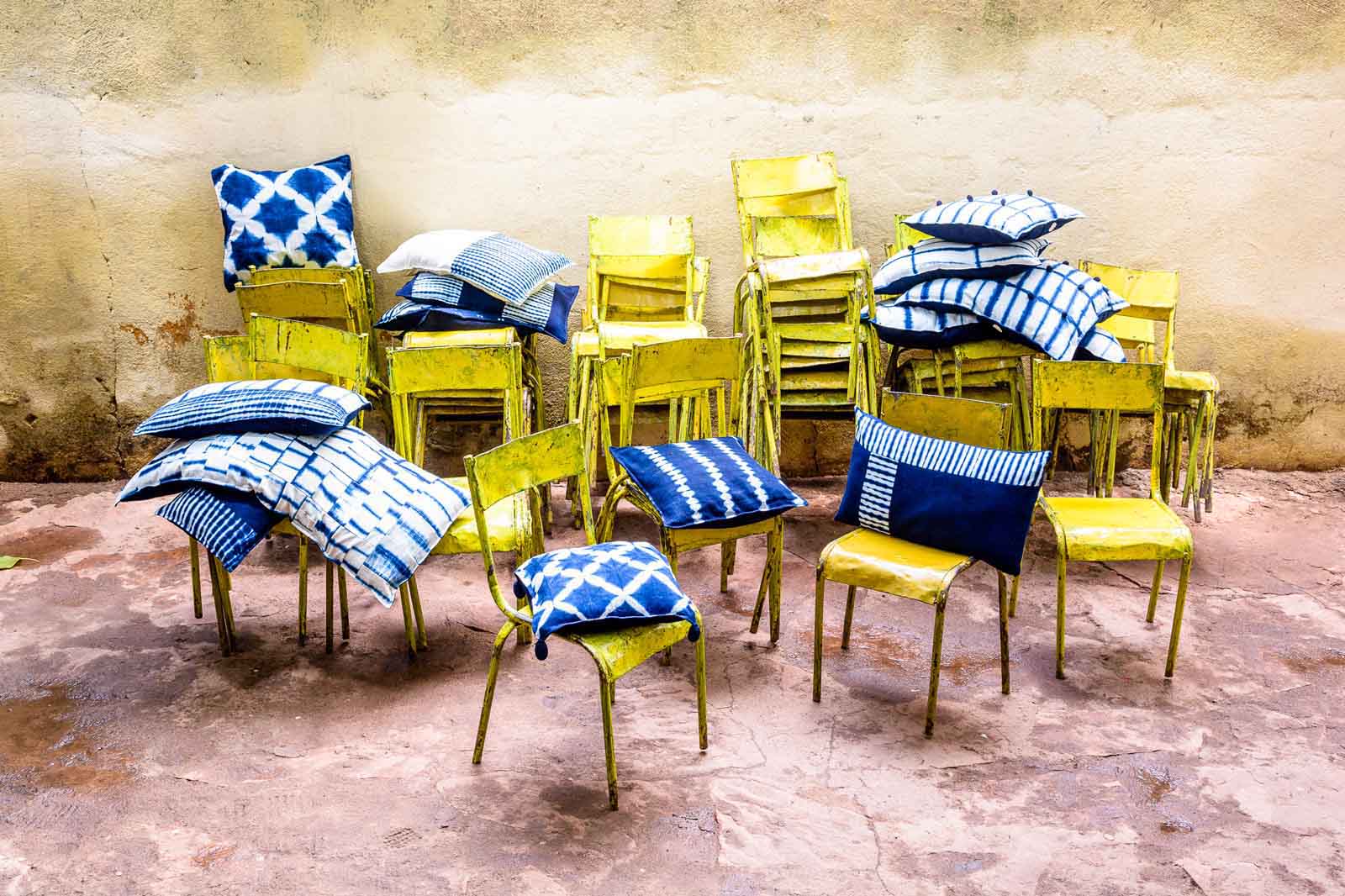 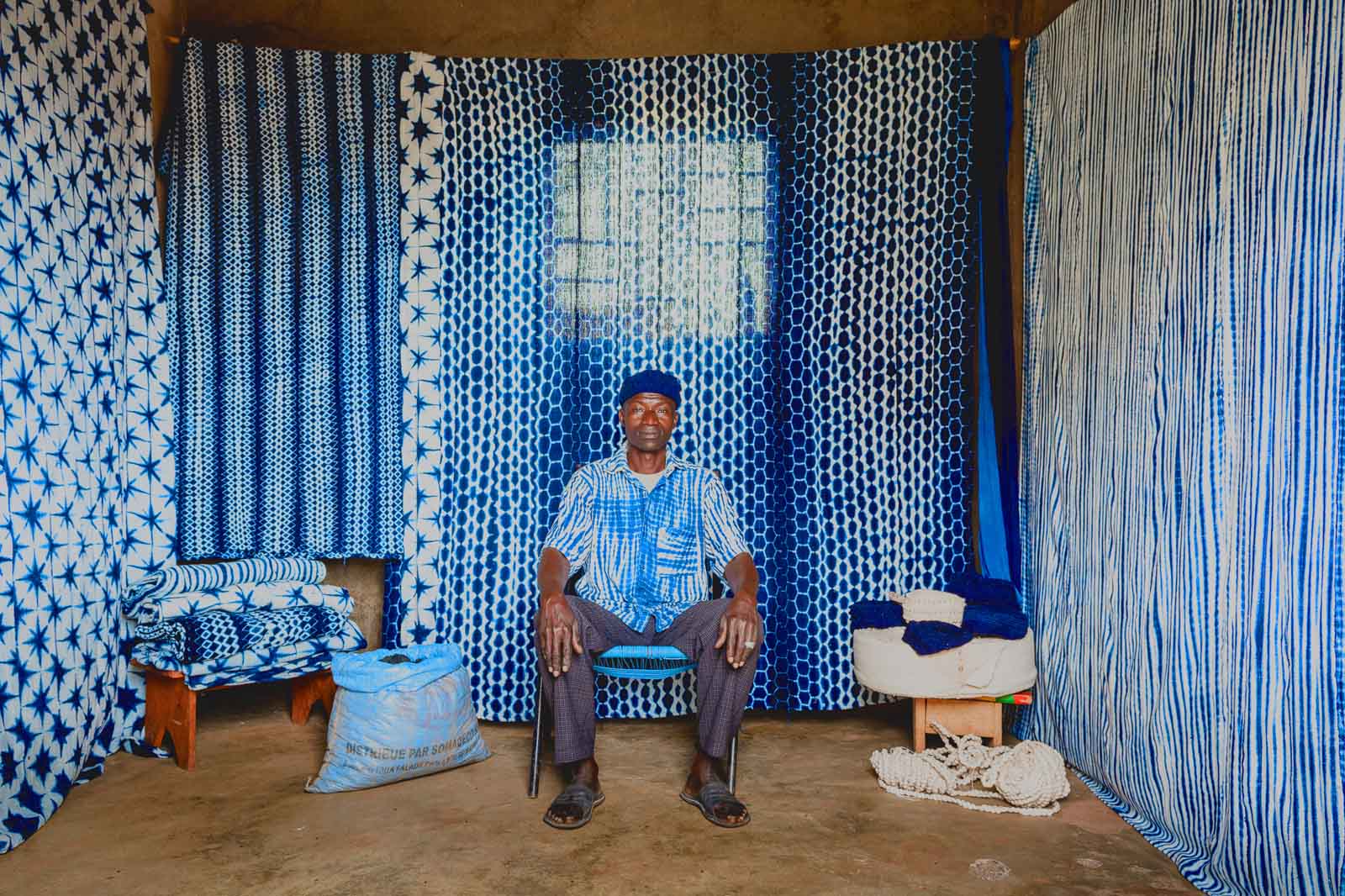 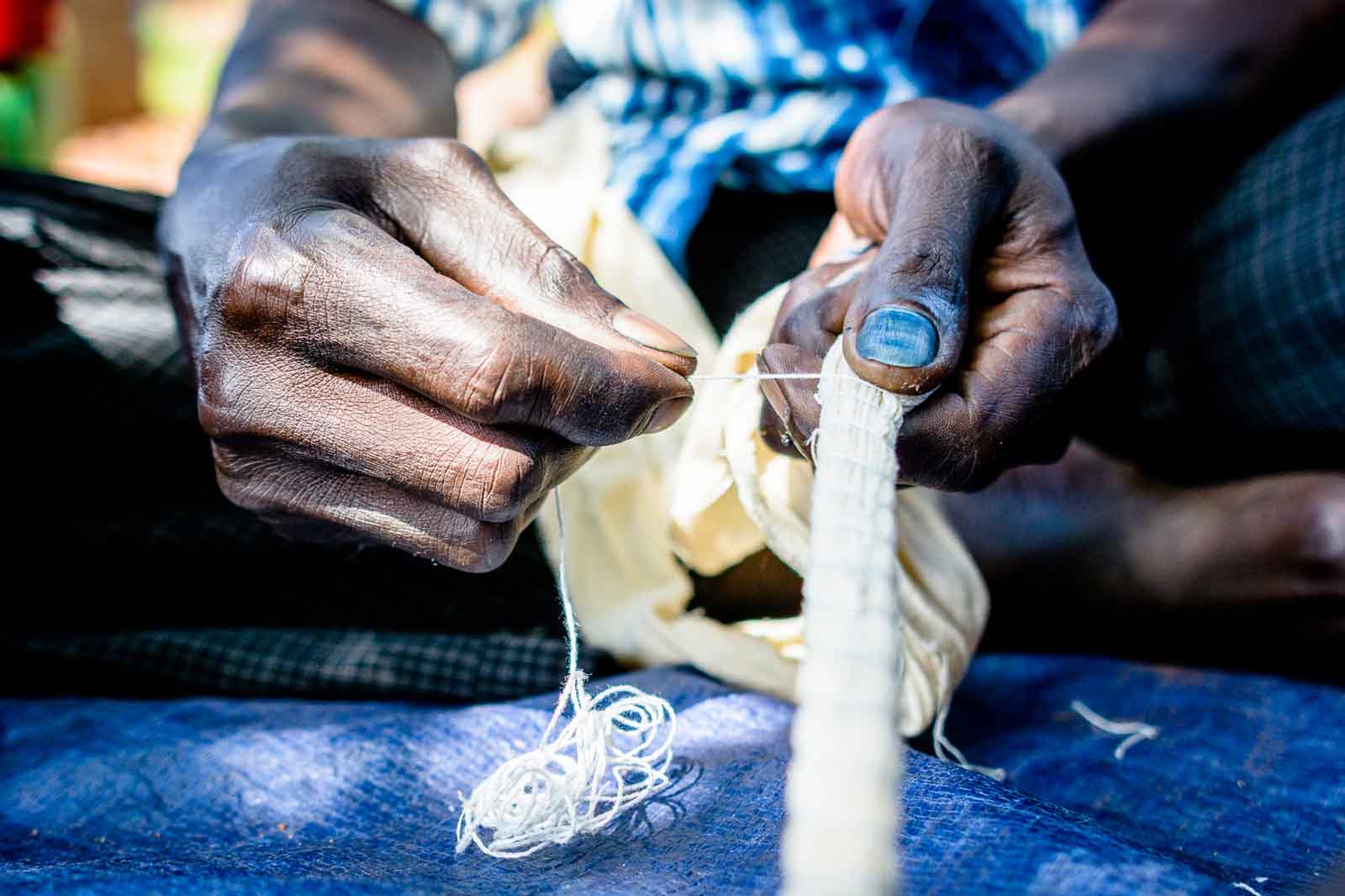 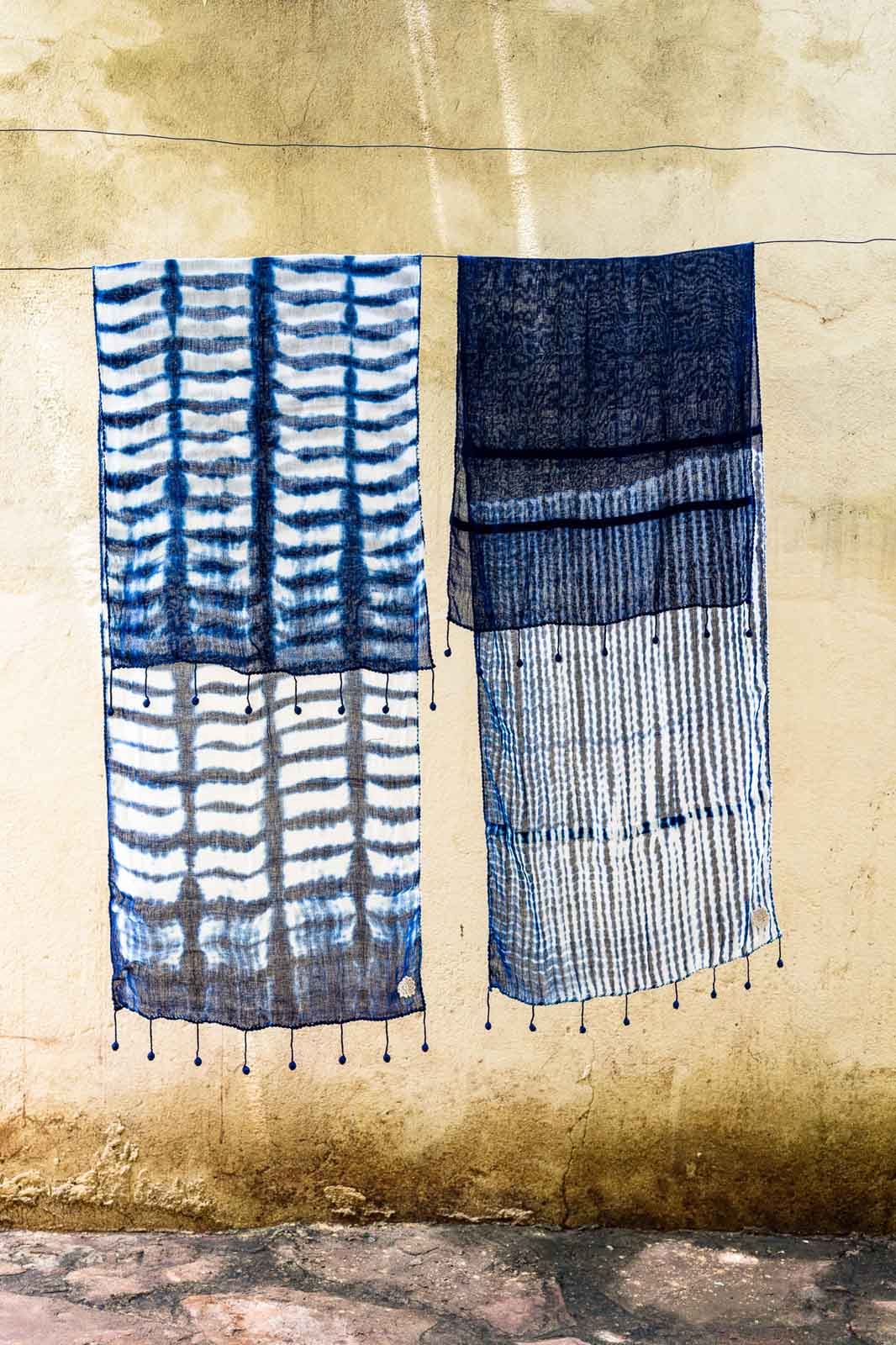 Master textile artisan Aïssata Namoko of Mali first learned to sew from her mother, an accomplished seamstress, as an eight-year-old child. As Namoko continued to fine-tune her abilities as an artist, she also received a degree in accounting at college, which led to a career at Mali’s National Center of Cooperatives. She returned full time to making the distinctive textiles, the majority of which now incorporate vivid indigo dye, in the early 1990s, and has become highly regarded in her field, both regionally and internationally.

In 2004, Namoko started the Djiguiyaso Cooperative, with the aim of creating a skilled female workforce. As the cooperative grew, Namoko began to use indigo dye sourced from natural plants which are indigenous to the area in Mali where she lives and works. By 2008, indigo was a crucial artistic element to Djiguiyaso Cooperative. Now, you’ll see indigo in gorgeous patterns across items as varied as loosely draped, meticulously sewn tunics and gowns, and also on cushions, placemats, and bed coverings.

Indigo dye is handmade and cloth is either handspun or locally purchased. Depending on the weight of the fabric, Namoko and her team decide what to make. Lightweight fabric is used for scarves, less heavy fabric for household products and clothing, and heavy fabric for bedspreads. Namoko works tirelessly to expand her impact to local communities. In 2010, her cooperative began offering classes for regional women in making clothes, indigo dying, and in spinning cotton, to ensure that future generations will possess these phenomenally unique artistic skills.