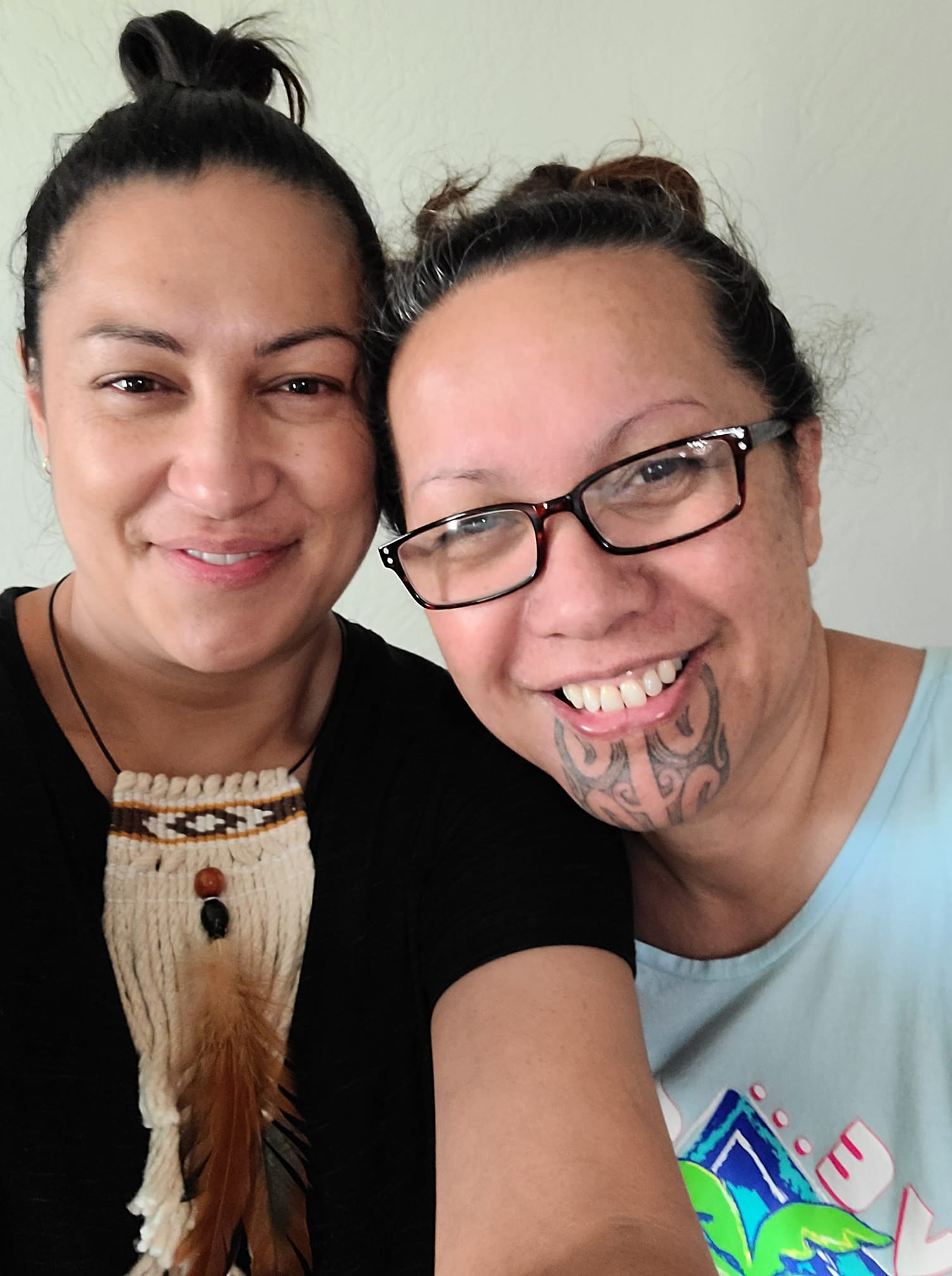 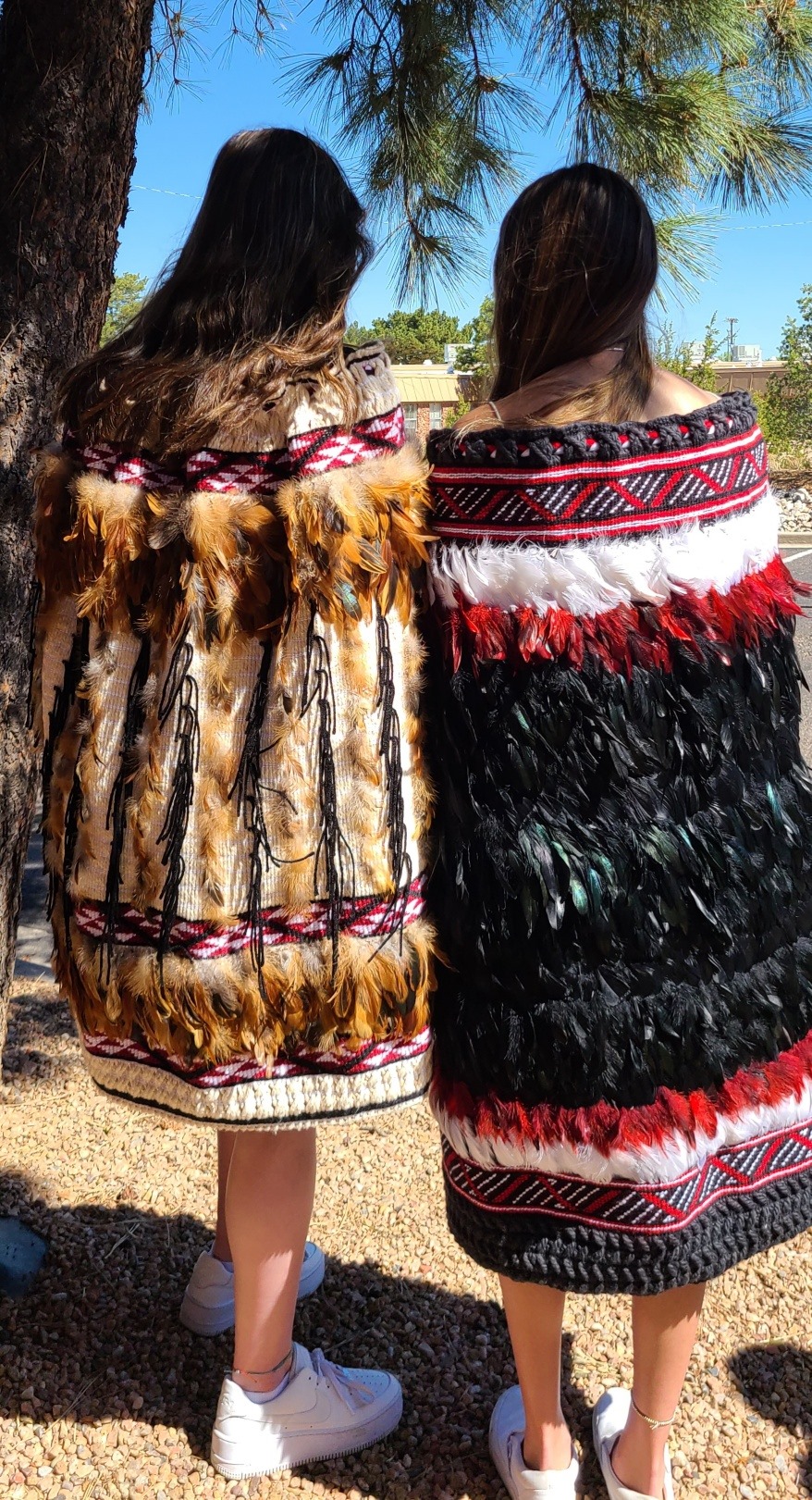 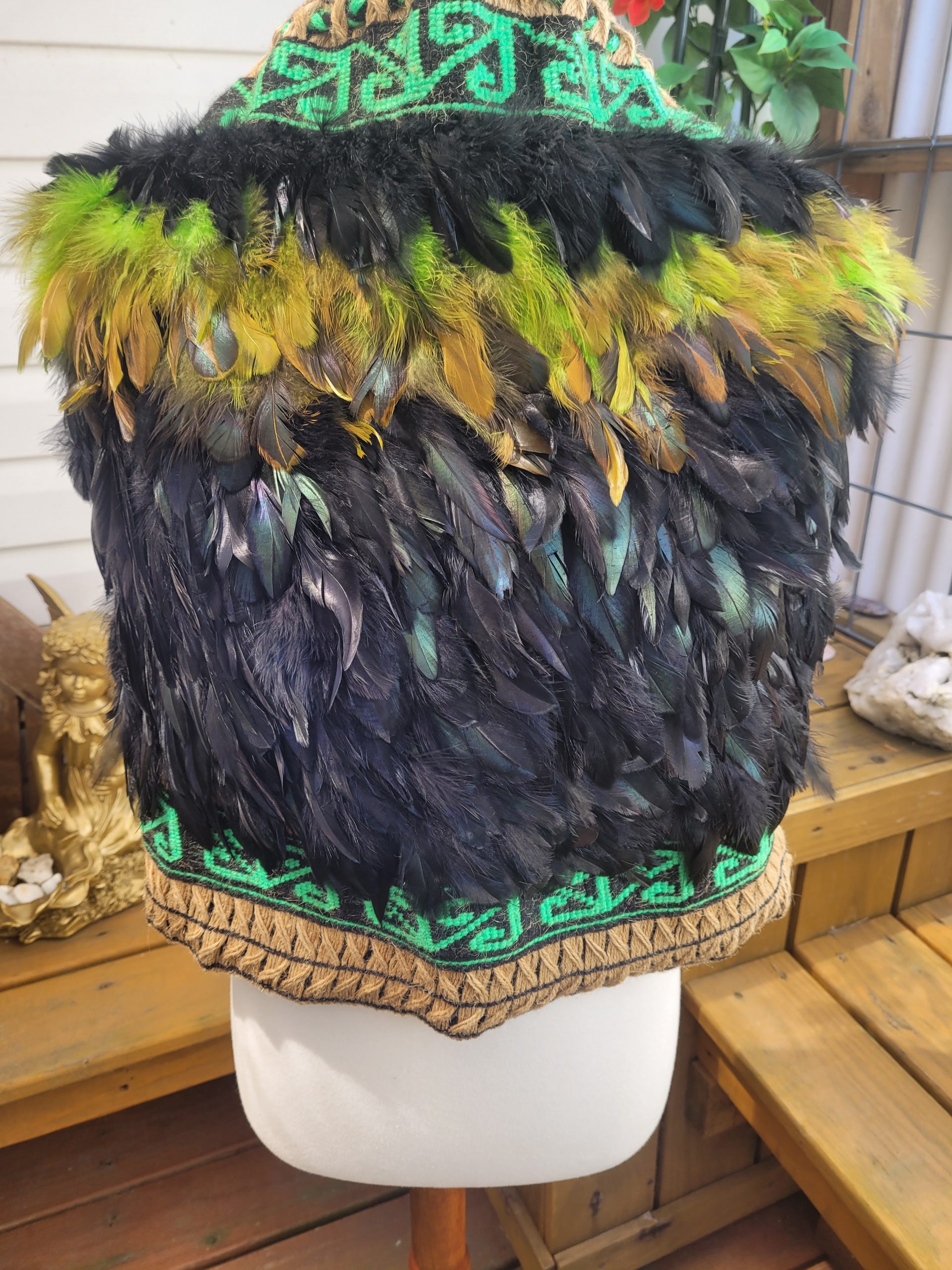 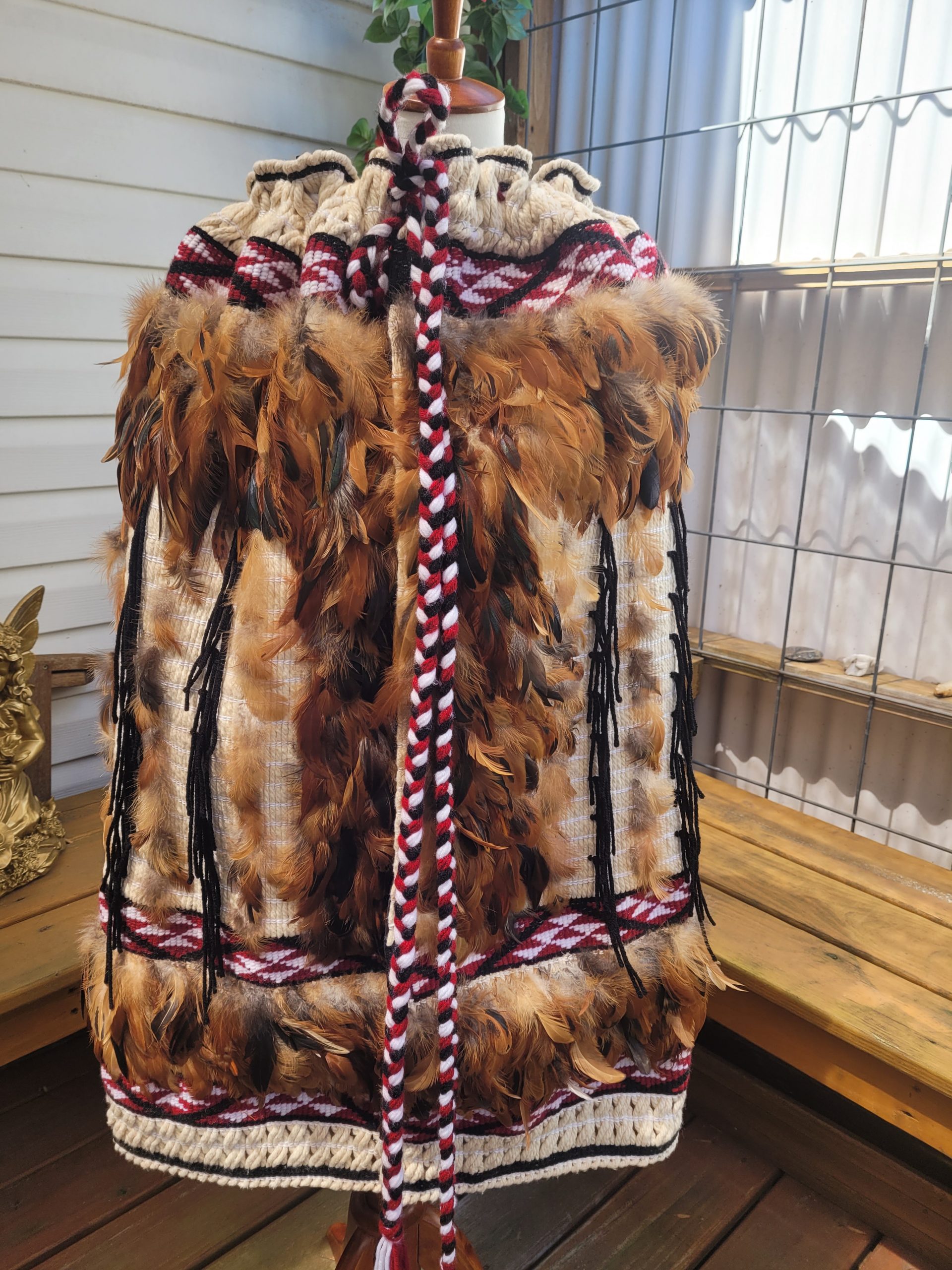 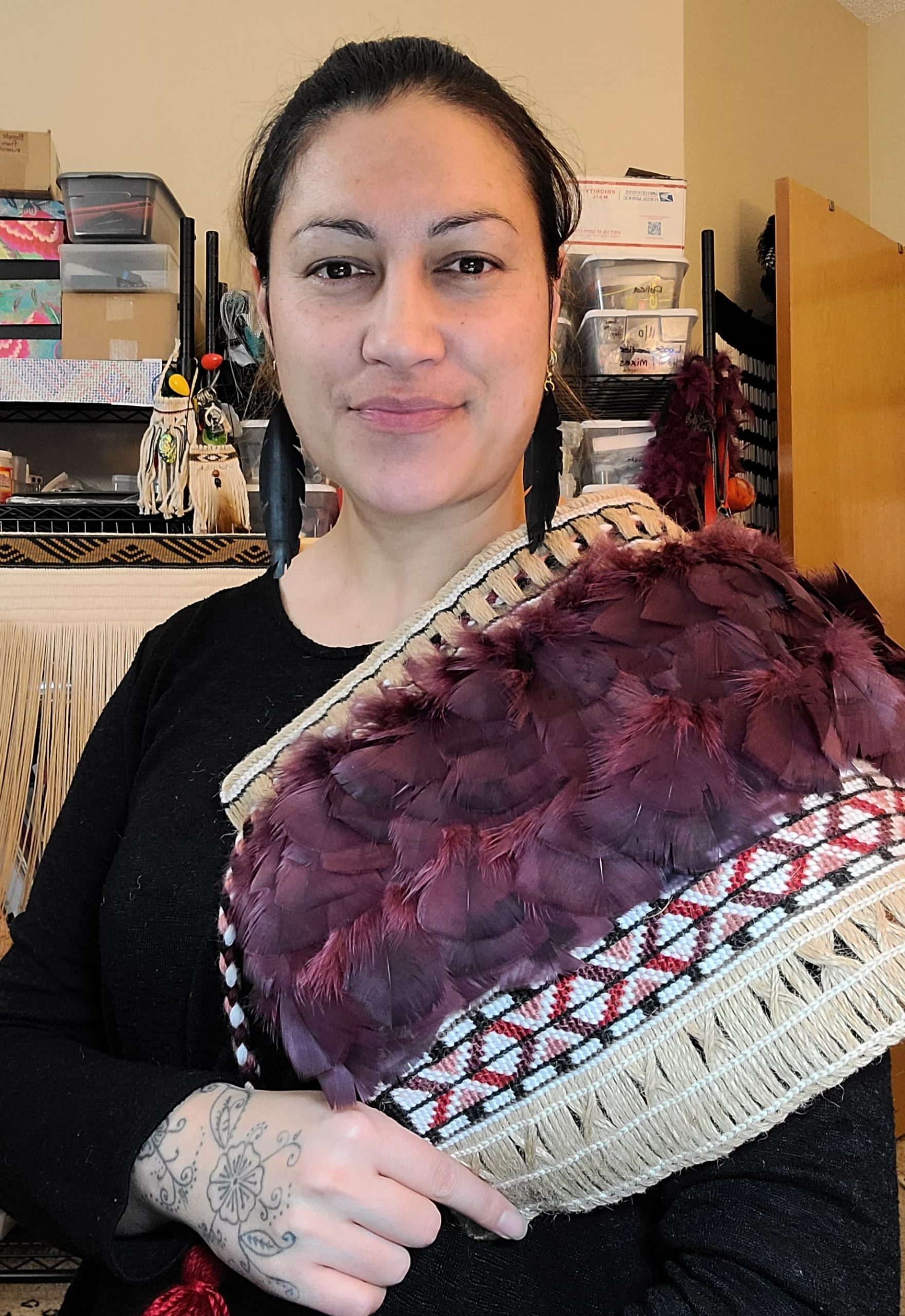 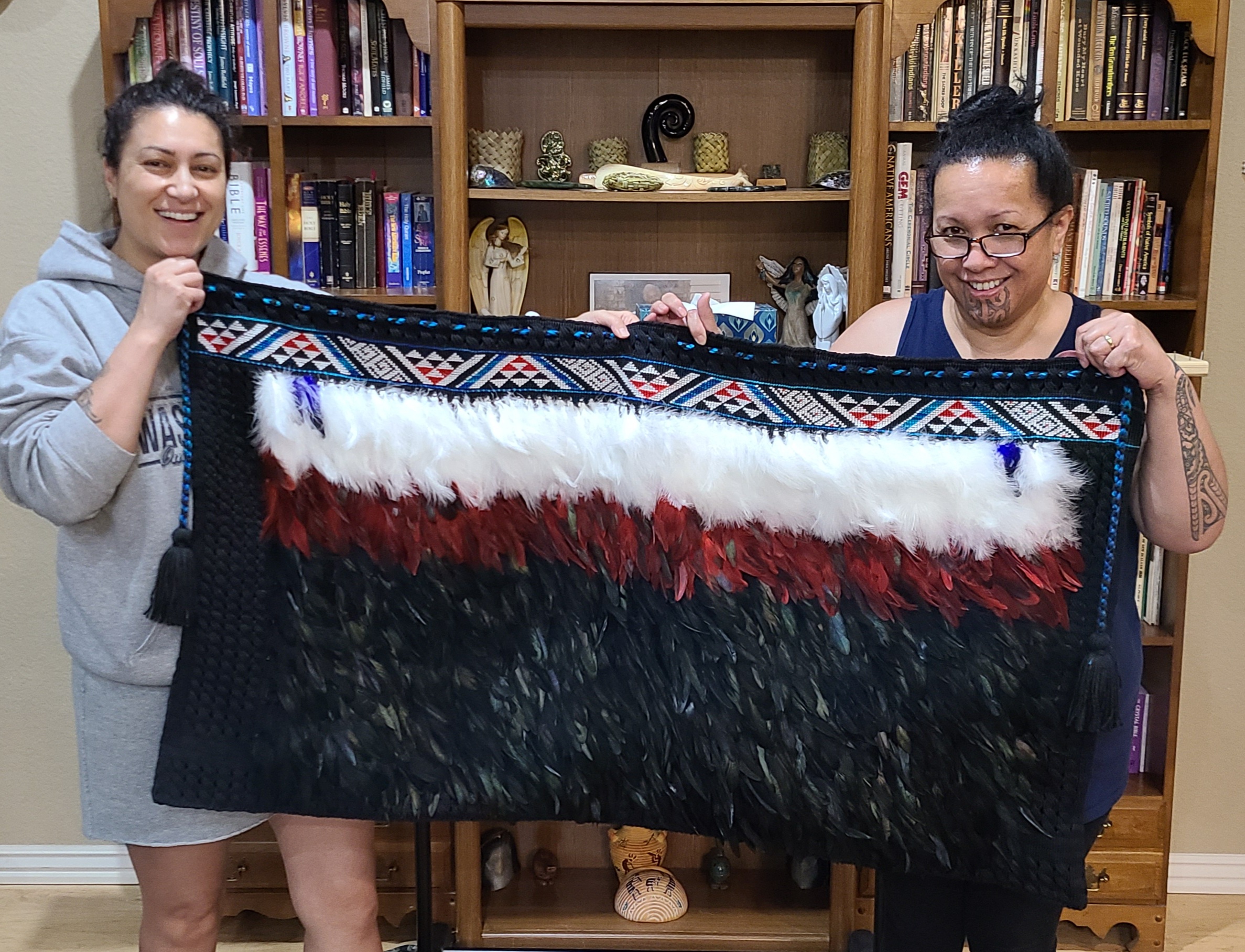 Two Māori wahine living in the United States, Karley Brown and Kapotahi Tuahine-Frederikson, make up the artistic duo Aho Amerika. Karley has lived in the US since 2013. Her tribal affiliation is Nga Puhi from the Hokianga area of northern New Zealand. Kapotahi Tuahine-Frederikson, a proud grandmother, has lived in the US since 2004. She descends from the Ngati Kahungunu and Tuhoe tribes. Both women are multi-talented in the performing and visual arts respectively, and they deeply invest themselves in maintaining their connections to Maori culture. Though they live in different states they work together in the creation of stunning ceremonial feathered cloaks.

The base of each cloak is created by finger twining cotton threads together, a technique that has been passed down through generations of Maori culture. Every stitch is twisted onto a textile individually and by hand; Aho Amerika does not use looms. While this skill is impressive in the intensity of its labor, what makes these cloaks truly spectacular is their embellishment: thick masses of feathers transform the cloaks from lovely handmade garments to transcendent works of art. The feathers add color and volume to the textiles and coordinate with their traditional, geometric-patterned borders. In addition to making cloaks, Kapotahi carves jade pendants, drawing inspiration for their designs the same way as her ancestors—through spiritual connection and prayer.

In describing their partnership and purpose, Karley says: “As a unit, Aho Amerika believes weaving is so much more than the physical act of twining. It can be quite therapeutic in that it creates a calm and almost meditative atmosphere. Weaving is, more often than not, a journey of self-discovery—spiritually, mentally, and emotionally. By accessing these aspects, we can use our cultural gift to help bring people together and uphold the integrity of our craft.”