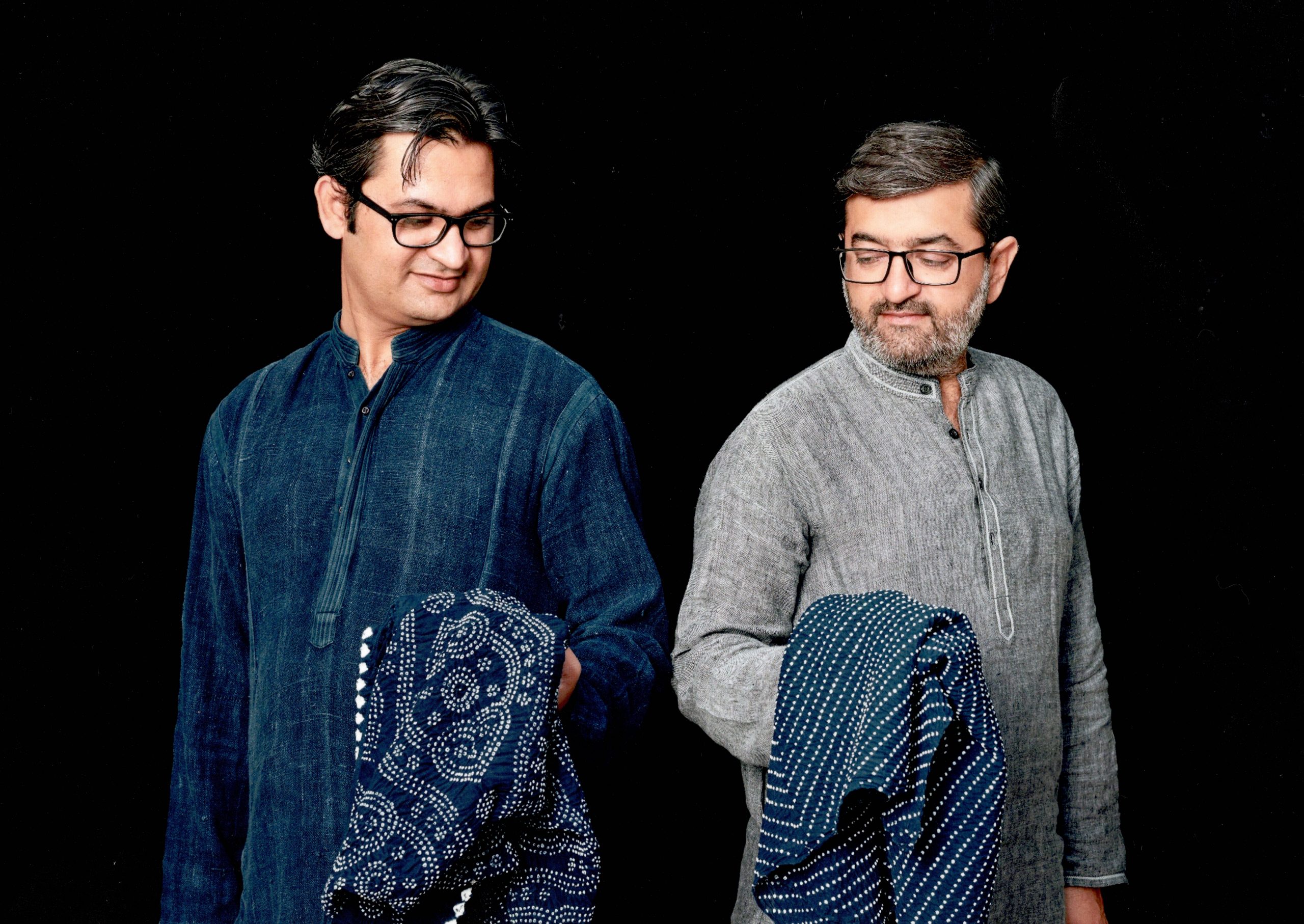 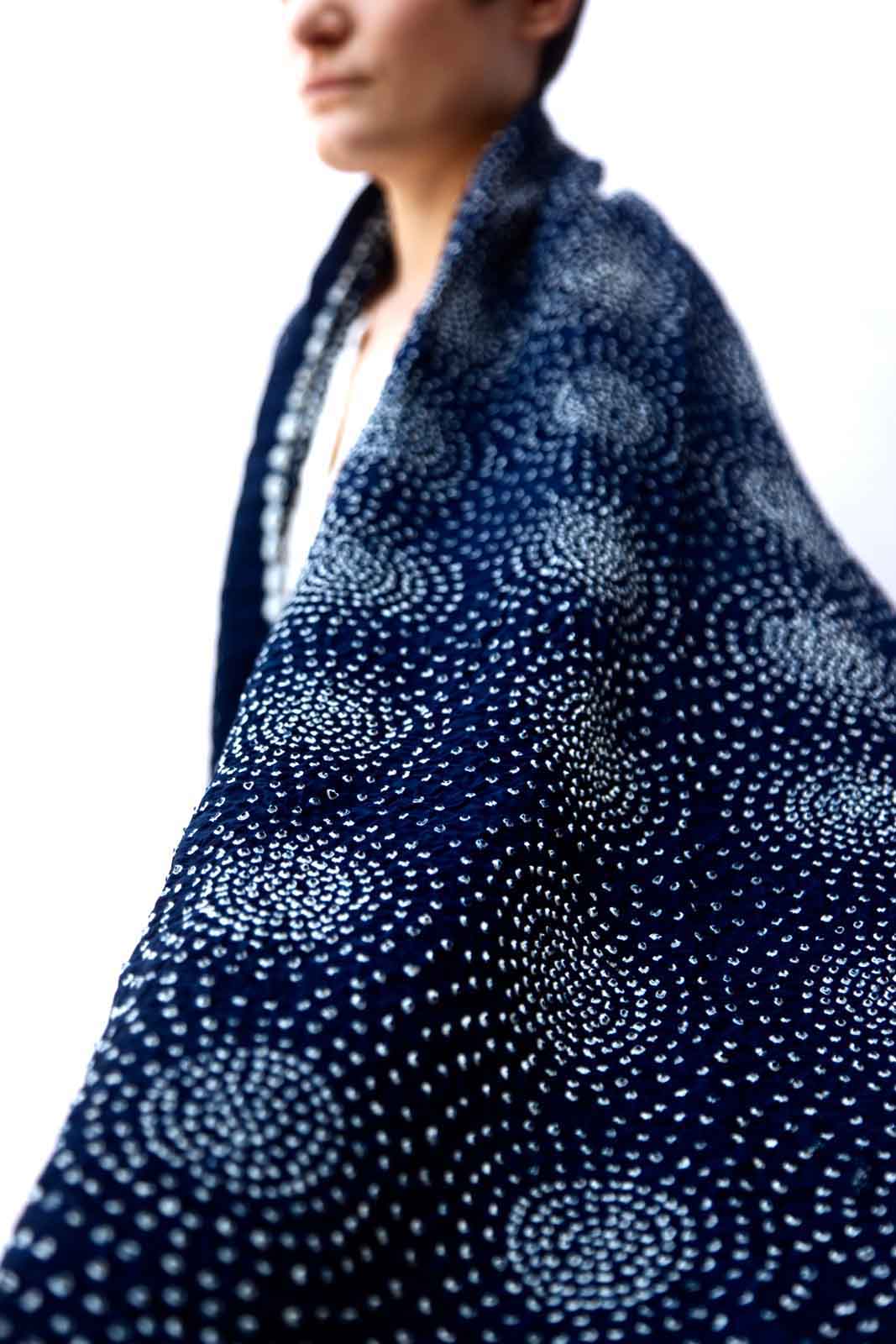 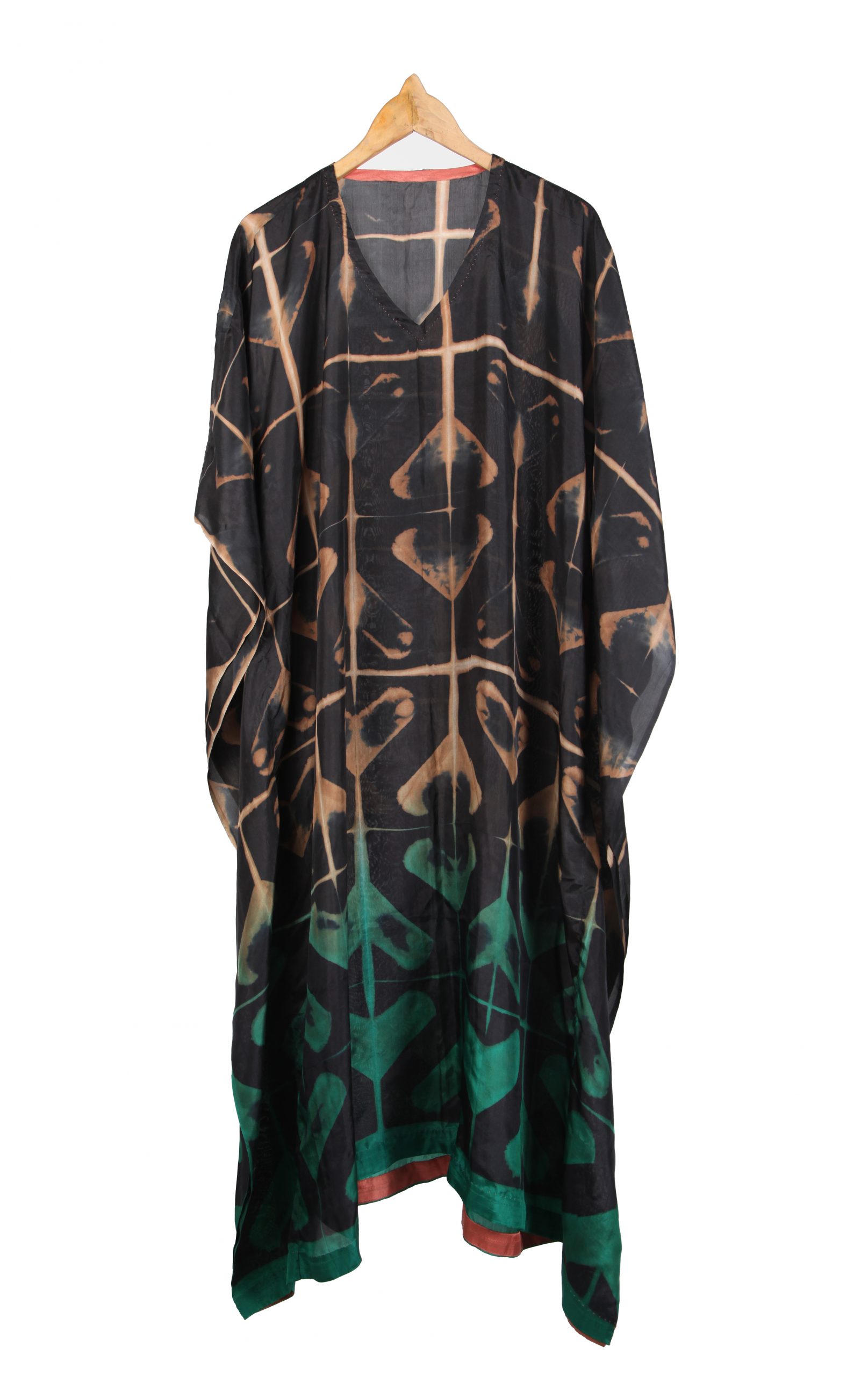 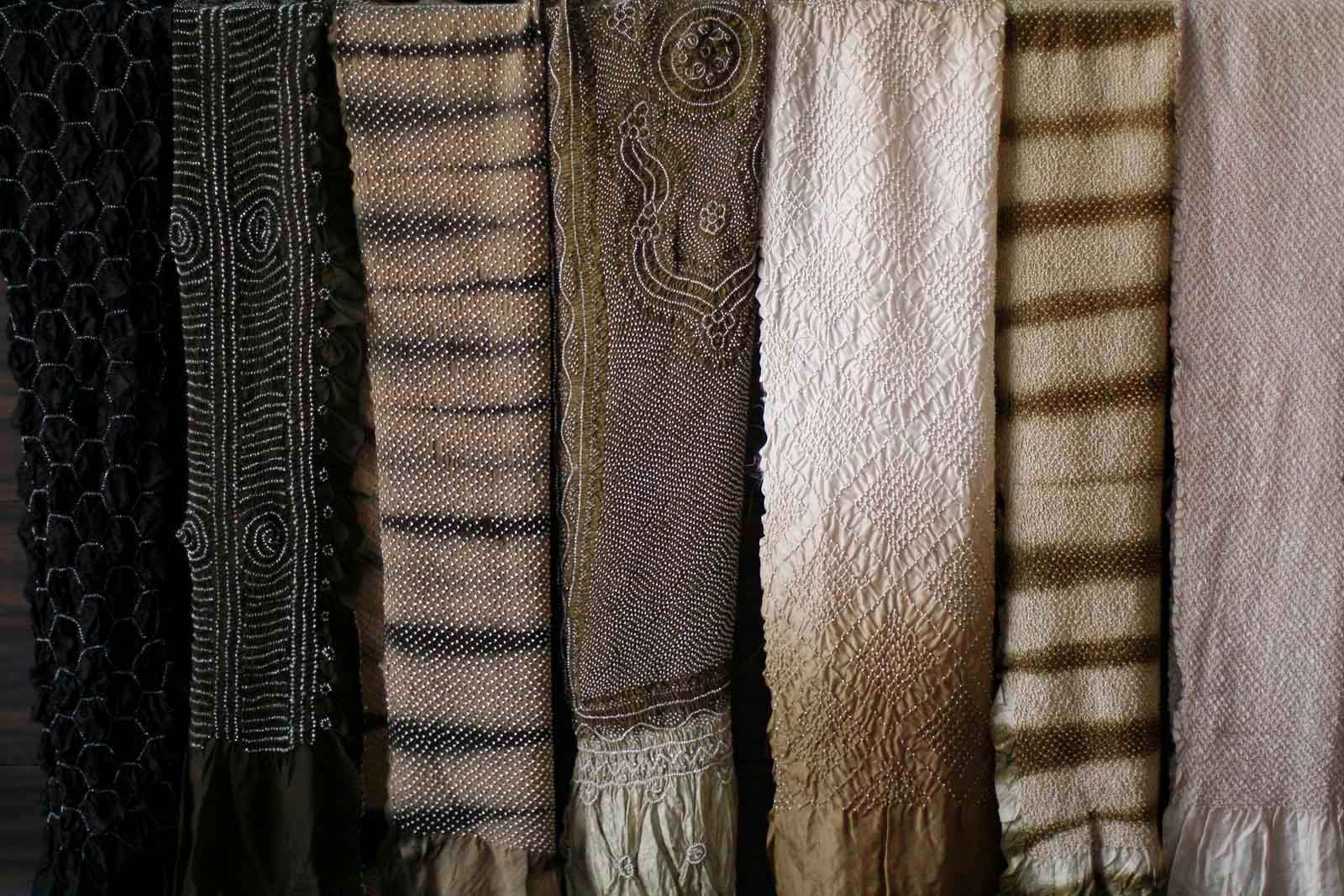 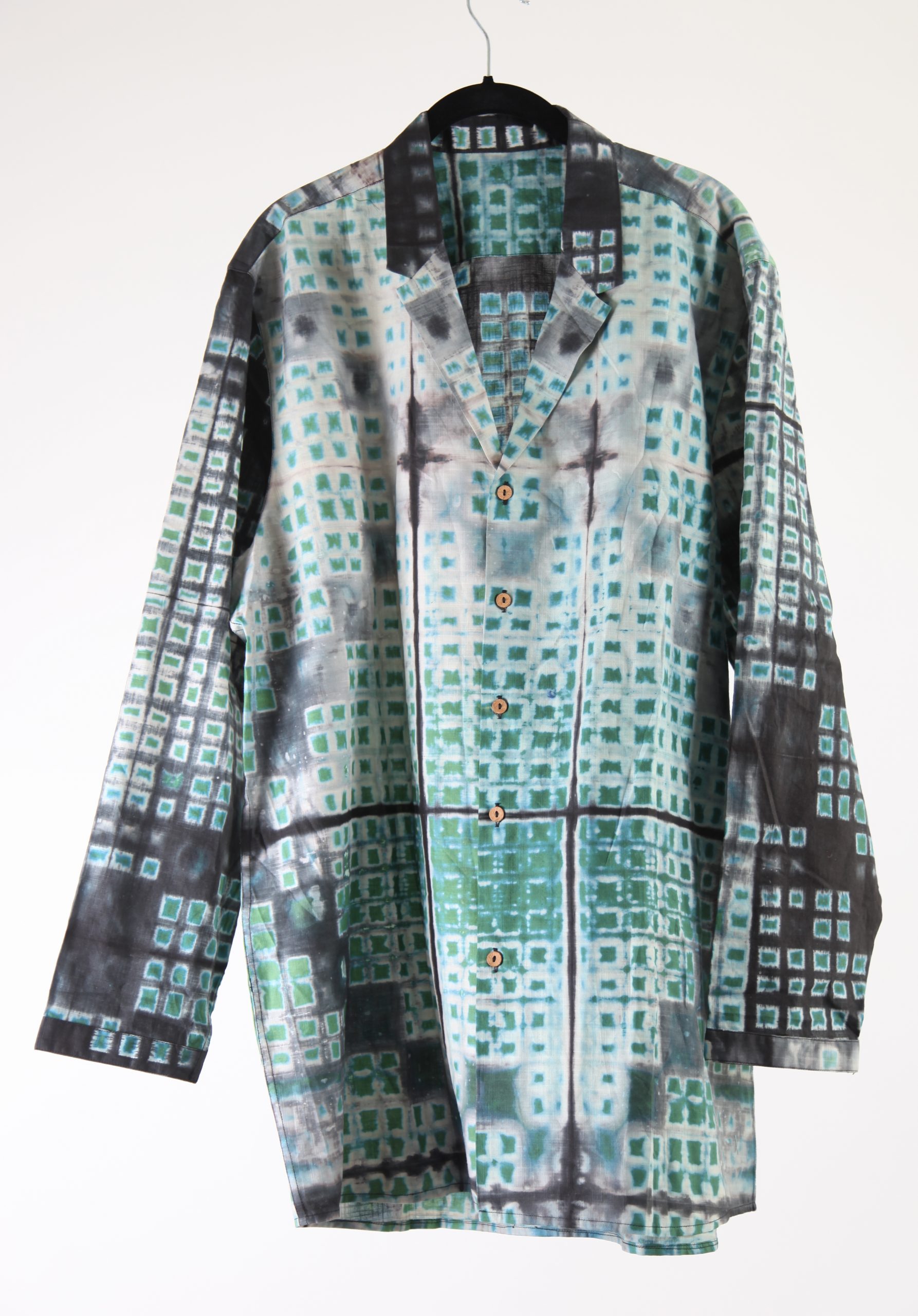 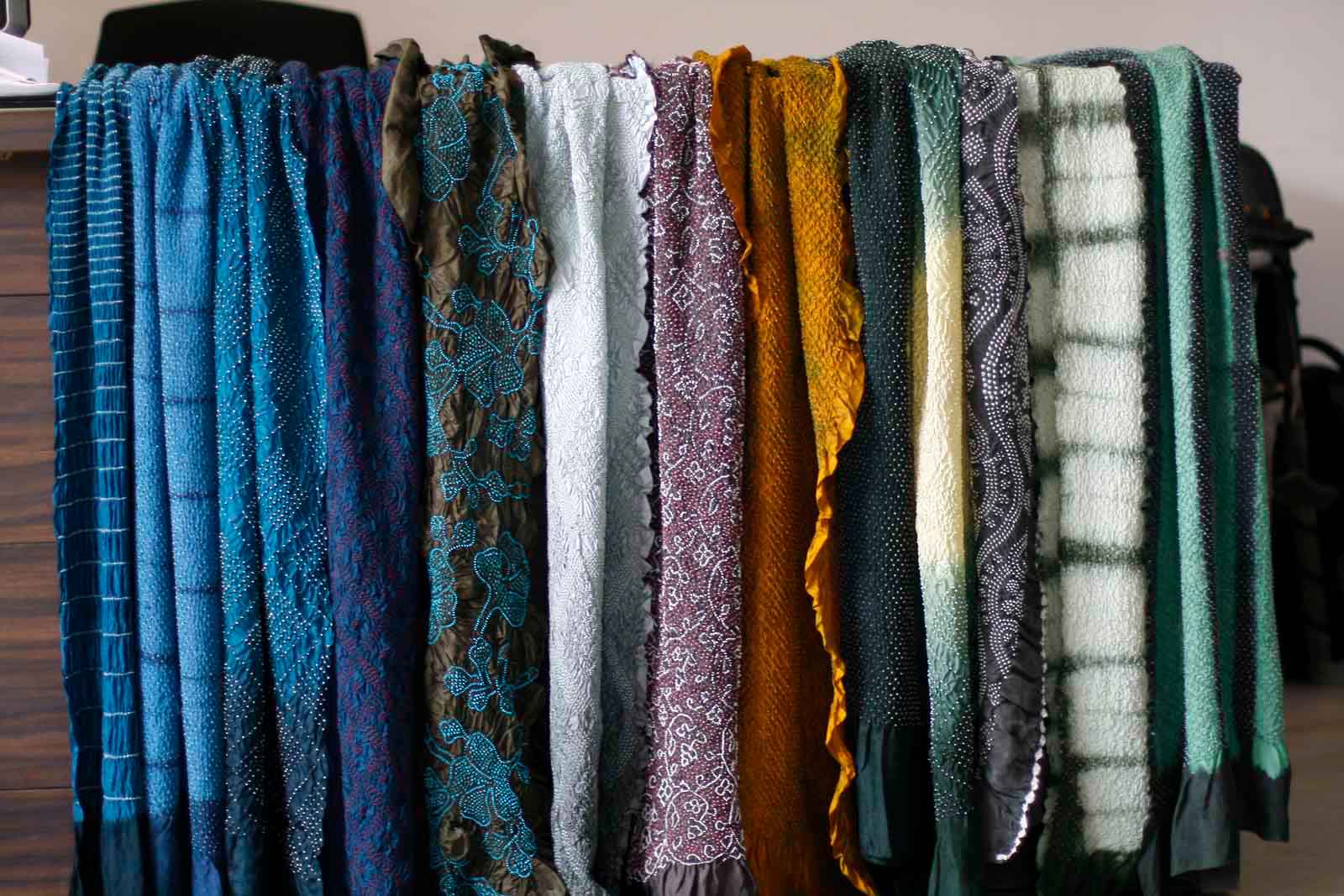 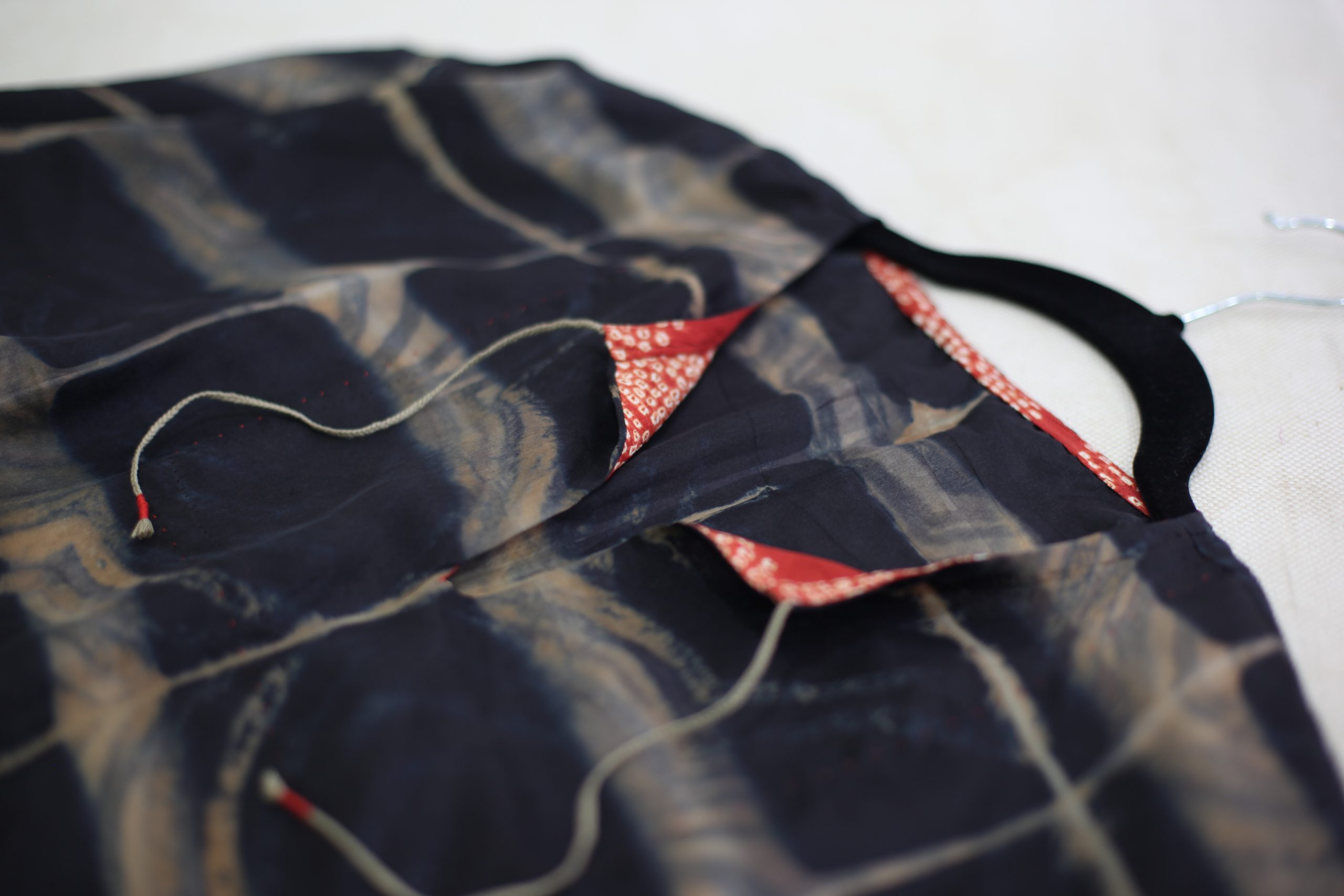 Sidr Craft is a social, artisan-based enterprise established in 1992 and led by Abdullah and Abduljabbar Khatri. They employ approximately 200 craftswomen from 8 villages in Kutch, Gujarat, India. The women are able to work from the comforts of home at their own convenience. The income is extremely valuable to their families, and in some cases, is their sole means of support.

The ancient process of bandhani is derived from the Indian phrase meaning “tying up”. The handcrafted scarves are composed of highly intricate patterns that are literally tied into the fabric, and then dyed using a complex dying process.

Bandhani scarves can take weeks and often months to complete. The designs of each scarf are composed of tiny dots. At one time during the process, each dot was a teeny tiny knot made by hand. The tying process is intricate, and the dying requires absolute mastery of the skill. It is a long and difficult procedure, but the results are stunning.

No two scarves, stoles, or shawls are exactly the same and each is part of a limited edition.

Sidr Craft founders have been awarded the UNESCO Seal of Excellence for standard-setting craftsmanship.