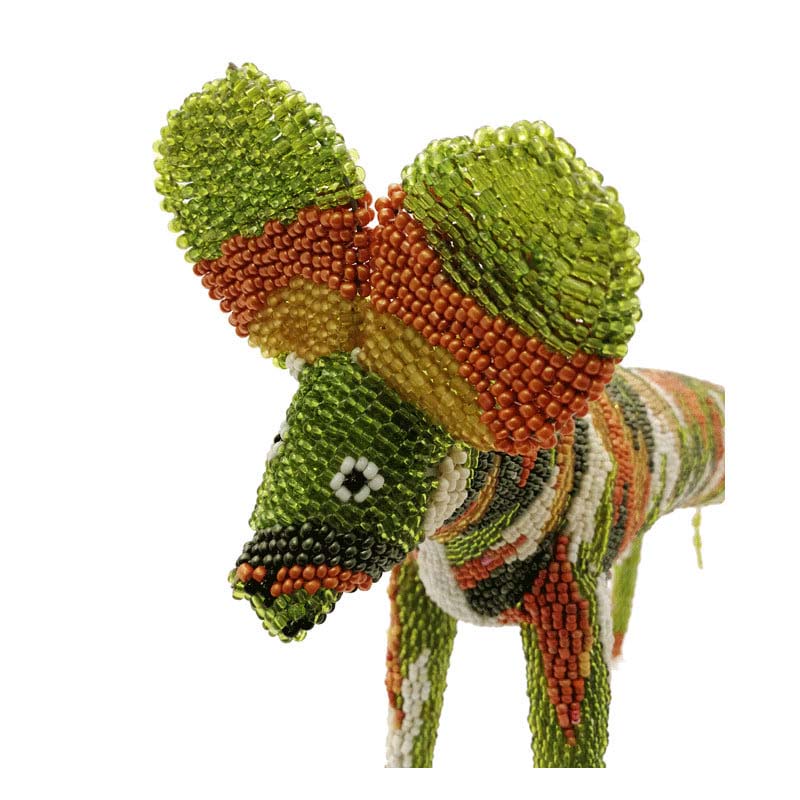 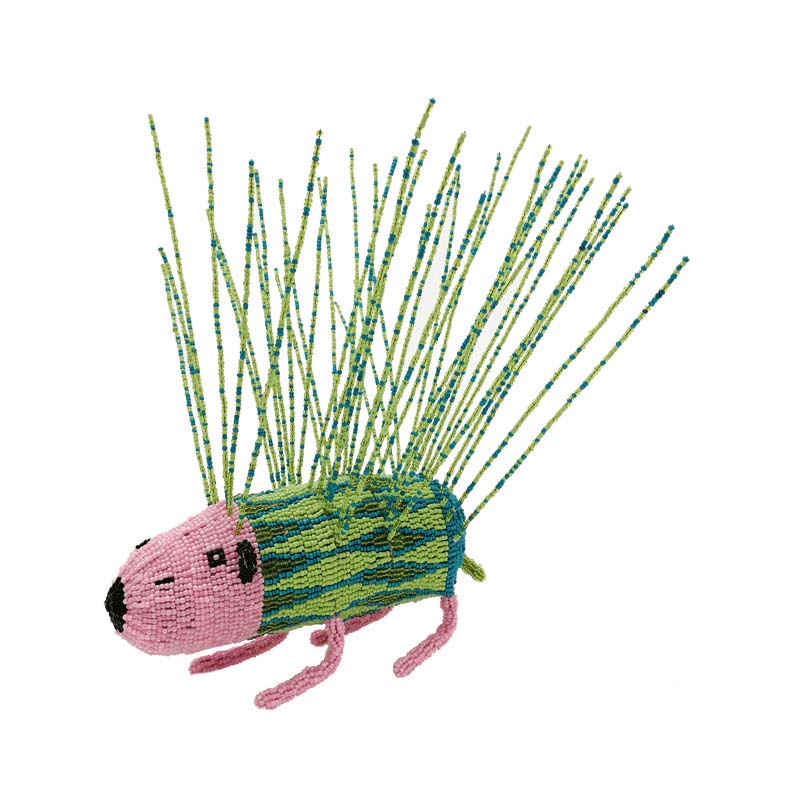 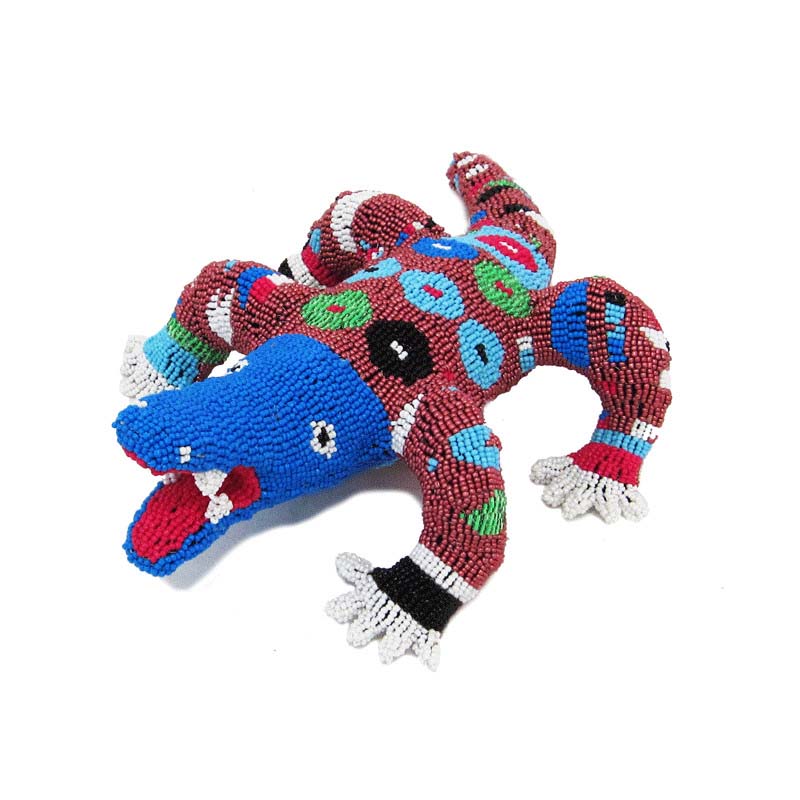 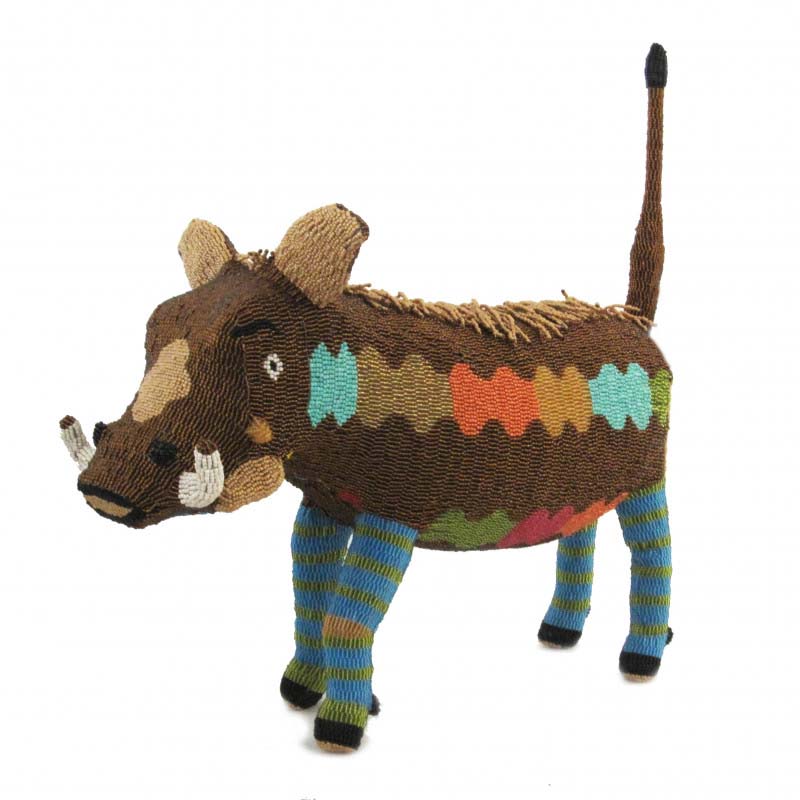 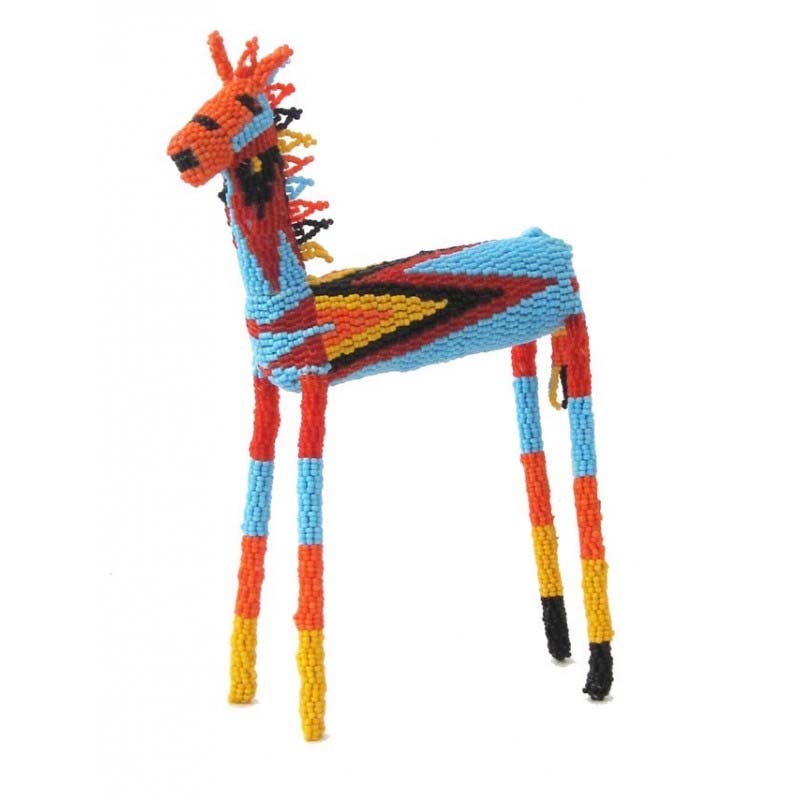 Mathapelo Ngaka, one of the original founders of Monkeybiz, helped create the organization to empower women to become financially independent through the ancient tradition of African beadwork. It quickly achieved its goals of recognizing and developing “the artistic ability of people who have never had the opportunity to express themselves through art,” says the organization, as well as “taking the love and knowledge that is passed down, over centuries, from mother to child and becoming a bridge from traditional beadworks into contemporary artworks.”

Originally, this type of beadwork was created to communicate messages and worn mainly on clothing or as one-dimensional jewelry. The artists of Monkeybiz put a modern twist on this traditional craft by beading on non traditional surfaces, including three-dimensional objects such as animals and human forms. Locally sourced wire is first used as a frame, the artist hand sculpting it into the desired form. The frame is then stuffed with recycled cotton filler and the item comes to life with colorful beads applied with needle and thread. Every piece created is signed by the artist, allowing people to collect works by their favorite artists, as well as creating a sense of pride for its creator.

Monkeybiz has collaborated with American artists, the Haas brothers, resulting in representation in both a book and an exhibition at the Cooper Hewitt Smithsonian Design Museum in New York, but, they say, the organization’s “crowning achievement is that Monkeybiz may be a small dot on this planet but makes huge footprints on this earth.”